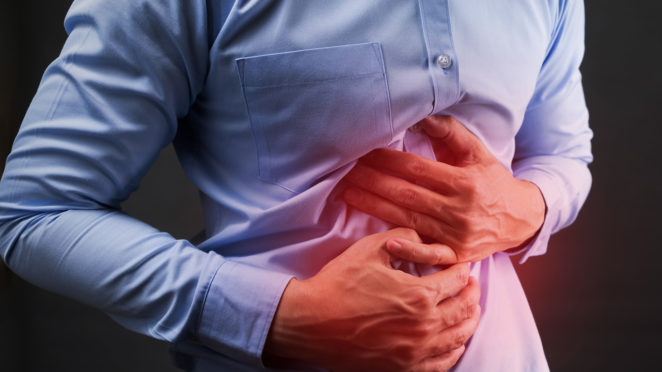 Digestive issues (also known as gastrointestinal disorders) are one of the most common health conditions. Research by medical experts at AMRI Hospitals, one of the leading multi-speciality hospitals in Kolkata, shows that there are millions of people across the globe, who suffer from some form of digestive disorder. However, the conditions can range from mild to serious. There are a number of serious conditions, which indicate a need to consult the doctor. Listed below are some of the most common ones:

Also known as acid reflux, Gastroesophageal Reflux Disease is one of the most common digestive ills. It is a long-term condition characterized by backing up of stomach acid in your oesophagus. Symptoms include a feeling of burning pain in the middle of your chest or upper part of your abdomen, tooth erosion, nausea, etc. Various drugs like Prilosec, Zantac, H2 blockers Axid, Pepcid, proton pump inhibitors Aciphex, Tagamet, Nexium, Prevacid, and Protonix can be effective in keeping a check on acid levels. However, there are certain cases of GERD which need stronger treatments, including surgery.

A common disorder that affects the large intestine (colon), IBS is characterized by a few common signs and symptoms like abdominal pain, intolerance towards food, cramping, bloating and altered bowel habits. Irritable Bowel Syndrome does not has any major impact on the body. However, it does cause a lot of discomfort at times. Although the exact cause of irritable bowel syndrome (IBS) is not known, medical experts at AMRI Hospitals associate it with digestive issues and increased sensitivity of the gut. The hospital offers one of the best gastroenterology treatment in Kolkata.

A genetic autoimmune disorder, Celiac disease is basically caused due to sensitivity to gluten (a protein found in wheat, rye, and barley). It damages the villi (small finger-like projects lining the small intestine), and has a major impact on absorption of nutrients from food. Experts at AMRI Hospital Kolkata state that more than 80% of people having celiac disease aren’t aware about it, or have been misdiagnosed with some other condition. Celiac disease also has a relation with other disorders like infertility, neurological disorders, cancer, reduced bone density, and other autoimmune diseases. Following a strict gluten-free diet is one of the most effective treatments for Celiac disease.

Commonly known as piles, this disorder is caused due to an increase in pressure on the rectal veins. It mainly occurs when the muscles supporting the haemorrhoidal vessels become weak and stop giving adequate support. This leads to an inflammation of the blood vessels at the end of the digestive tract. Indigestion, diarrhoea, strain during bowel movements and a lack of fibre in diet are some of the most common causes of haemorrhoids.

Keeping in mind the severity of these gastrointestinal disorders, it becomes imperative to keep a check on their symptoms and ensure timely treatment.