First World War, the world worst battle, this war has taken millions of people lives and many people disabled. In this war there were 20,000 people in this war and  bullet dropped off the beauty of their face and their face became miserable.

These were mostly soldiers who were severely injured by the bullets or shells, their face worsened and when the war ended, their troubled face prevented them from being in routine.

Plastic surgery was not so modern at that time that the soldiers could return their face somewhat, In this situation, a lady Anna Coleman lead a new life to the soldiers living miserable face.

Anna was a Sculpture artist who married a physician , during the war when she found out about these soldiers, she proposed to prepare a special mask for them which hides horror of their face somewhat. 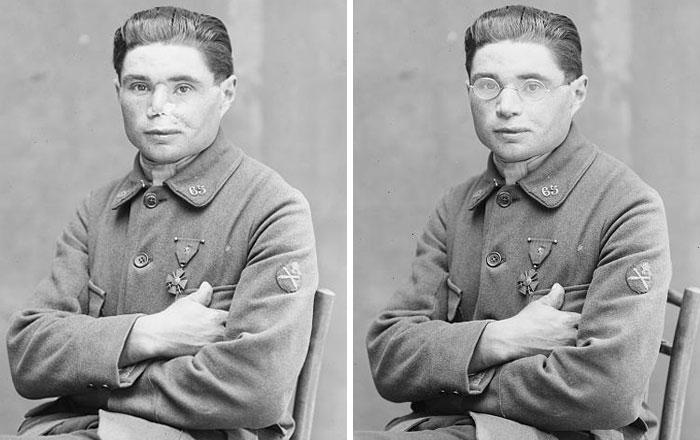 After the war, Anna established a studio in Paris with the help of Red Cross, where she started making mask for those soldiers. Anna first developed a template of plaster according to the face of the soldier. After that she would make another template from Copper and and with the help of the old photographs of the soldiers mentioned, this template would make it like its old face. 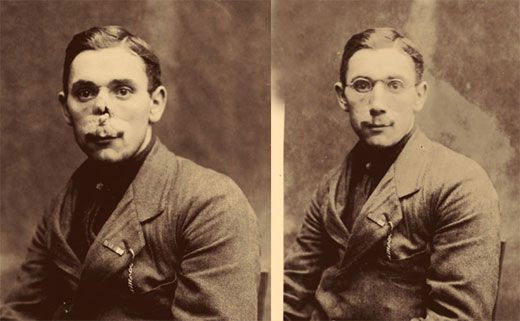 Then the soldier mentioned on this mask was colored like skin Tone and It took approximately 1 month to prepare a mask. Anna’s this idea was the new life for those soldiers and they stand again and returned to normal life.

In an Interview anna told that there was a soldier even after a military war ended, he had not returned home for a long time because he did not want his mother to see his face.

Similarly, a soldier wrote a letter to Anna after restoring his face in which he said thank you that he has married her beloved which were previously not ready to marry with me because of his face and she was scared of his face.

After some time Anna returned to America after making mask for soldiers where she started a sculpture art, but his work for the soldiers honored her forever.