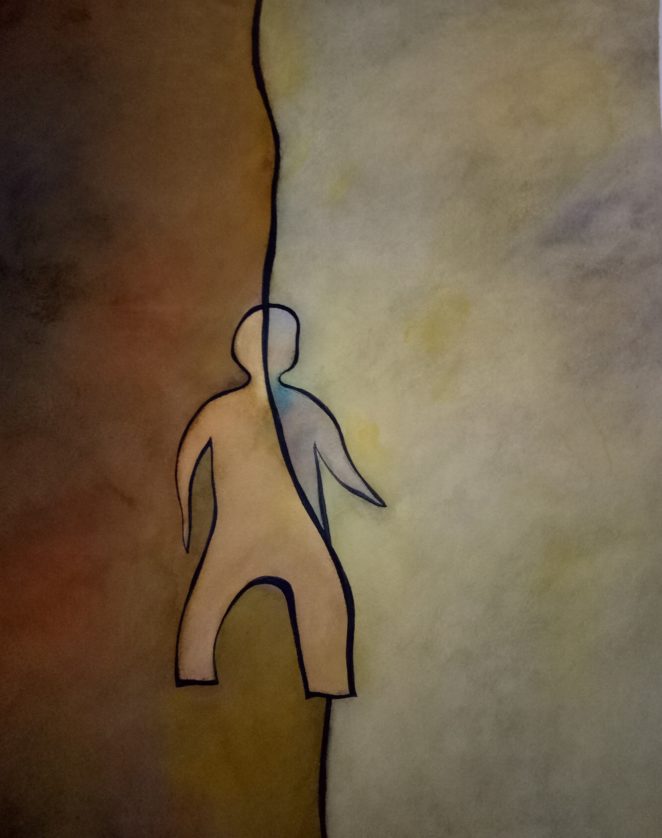 They say that the city is the engine  or the cradle of civilization.   This is  an idea that has been around since the ancient times.  Some say that technology has now become a serious impediment   to the ideals of civilization. This criticism  could be  noted as having been around before in history.   I have decided to use the line in a vertical  format to form the figure in the composition. The line traveling up and down reflects my own thinking about the arguments from both  sides  of the  debate.   This is a watercolor on paper.