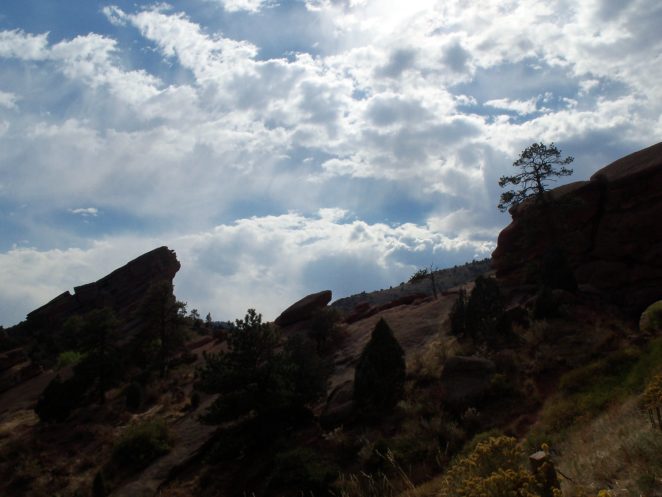 This photo is at Red Rocks Colorado, in the fall of 2010. Glancing back thru this photo file I always stare in amazement at the changing crustal layers. These layers are a clear sign or our planets never ending shifts and changes, as it is still a creation in progress, floating thru the vast oceans of space, to be ever so often altered on it’s course by super-mass gravitational forces few can comprehend. Unlike the moon, that shows obvious signs of extraplanetary object impacts over millenia, the earths constant tectonic plate subduction zones bury the layers of history under much older rock, to inevitably be melted by the heat created by the earths core.