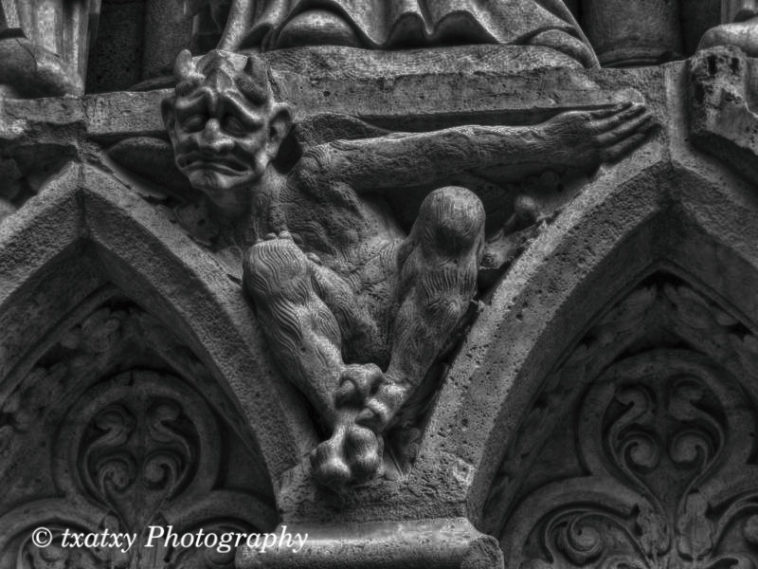 The origin of the gargoyles dates back to the Middle Ages and is related to the rise of bestiaries and the torments of hell. It is also true that the imagination of medieval artists was subsumed by even more ancient myths. In fact, the first gargoyles were baptized with the name of ‘griffins’, or evidencing their classic roots. Gargolic iconography, however, was not limited to the mere representation of griffins, but also embodied other fabulous beings that could take the form of animals, humans or a mixture of both; But always represented more or less monstrous. At the present time we can find the Gargoyles series which represents the supposed mythological powers that these monstrous form rocks played.