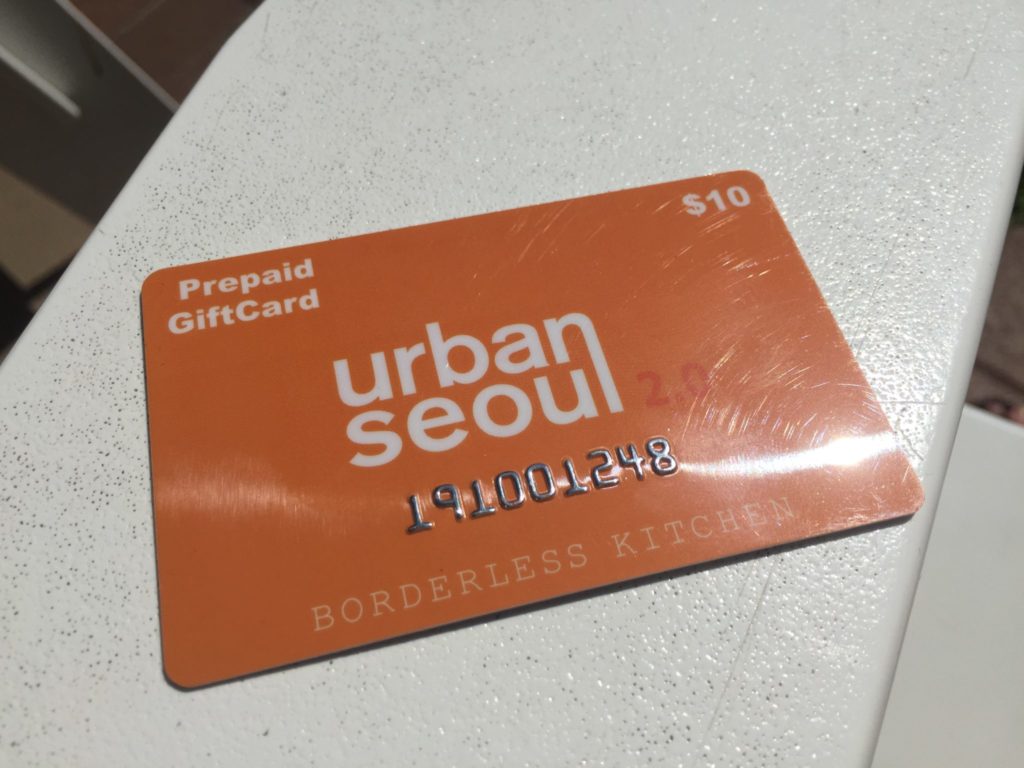 In the morning, I had to go to a camera store because my Canon film camera needed new batteries. Since it had film inside that I forgot about, I decided to get it developed there. I am not even sure what is in that film. Anyway, it will be ready late Monday, but I will probably go pick it up early Tuesday. I returned home to download the user manual for Canon EOS 650 as well as watch some Youtube videos. 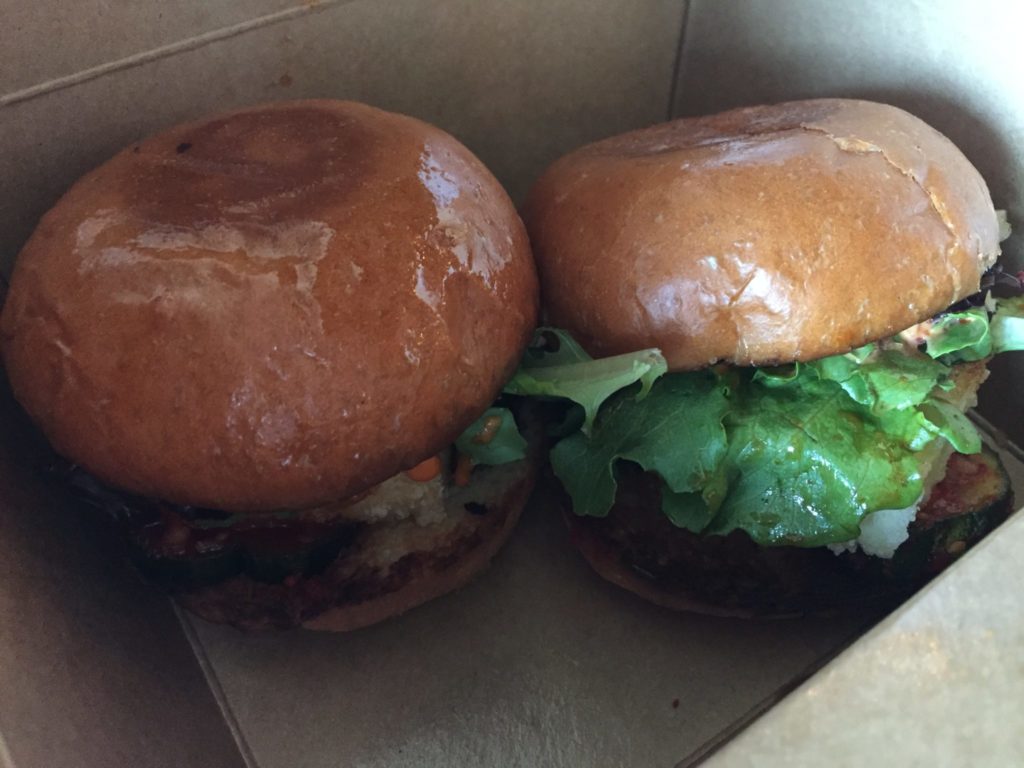 Then, I went to the Spectrum Center because they will be having events on weekends for the next two months. Plus, the remodeling has finished, and I want to use the Canon camera to take some photos. The Canon camera has 35 mm to 105 mm lens. The mall has been enlarged with an extra wing as well as playground area for kids. It looks very modern and interesting. There is also lots of interactive games because lots of families hang out at the mall. I took a lot of snapshots, and I finished my roll fast. Then, I checked out some activities, and I ended up receiving an Urban Seoul gift card. So, I decided to use it and ordered Tofu Sliders. It was good. I also drank a lot of water because I was hot. I also posted a lot of snapshots on Instagram and some on Facebook. 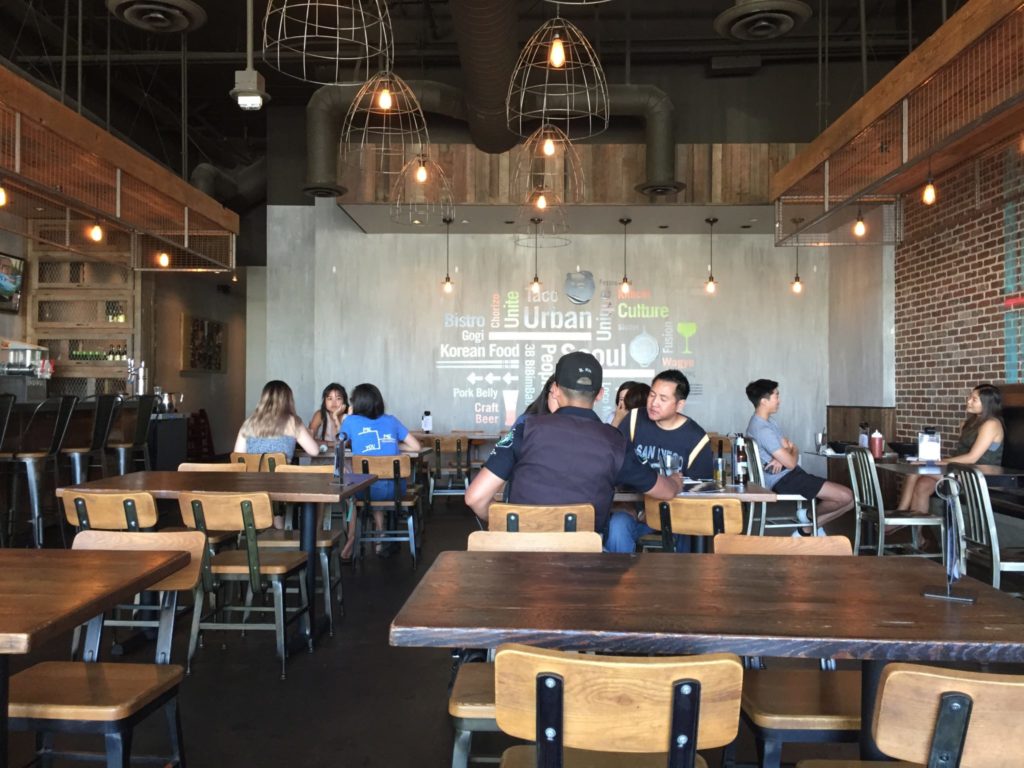 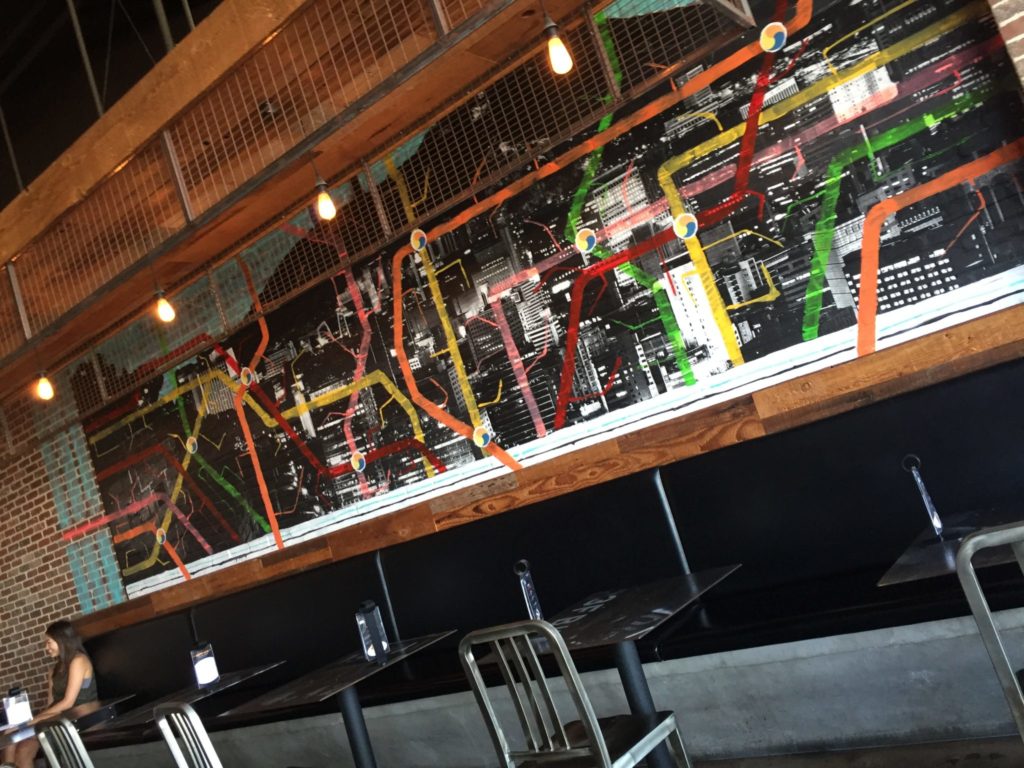 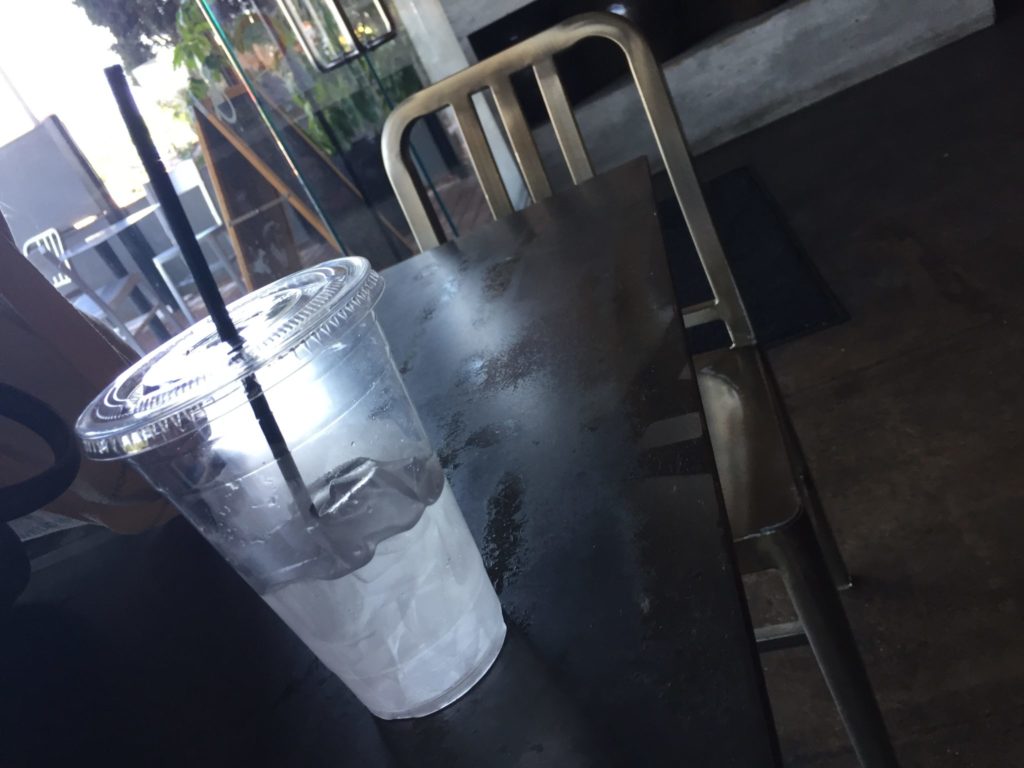 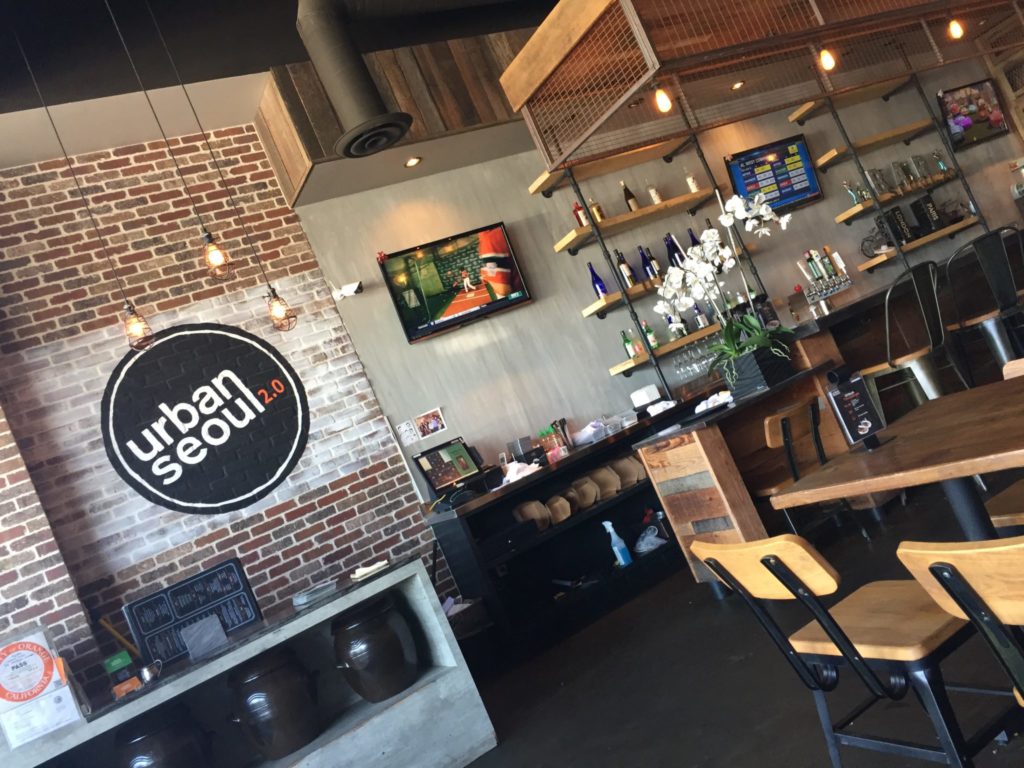 A band started playing at 7 pm. I just chilled and hung out until 9 pm. 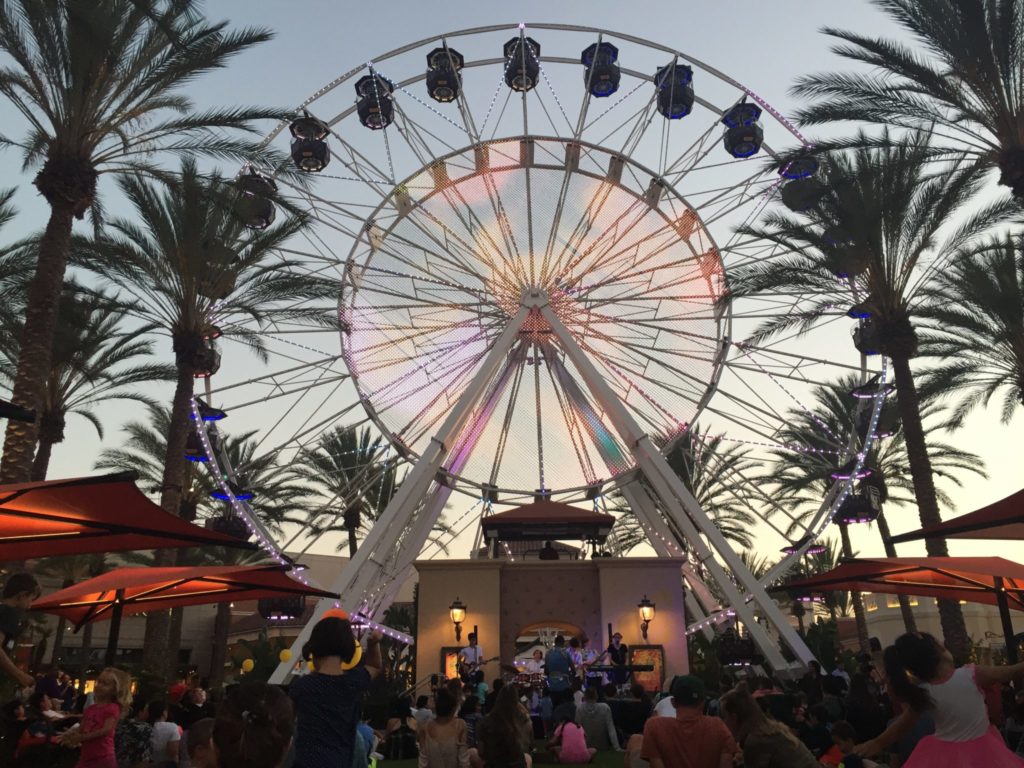 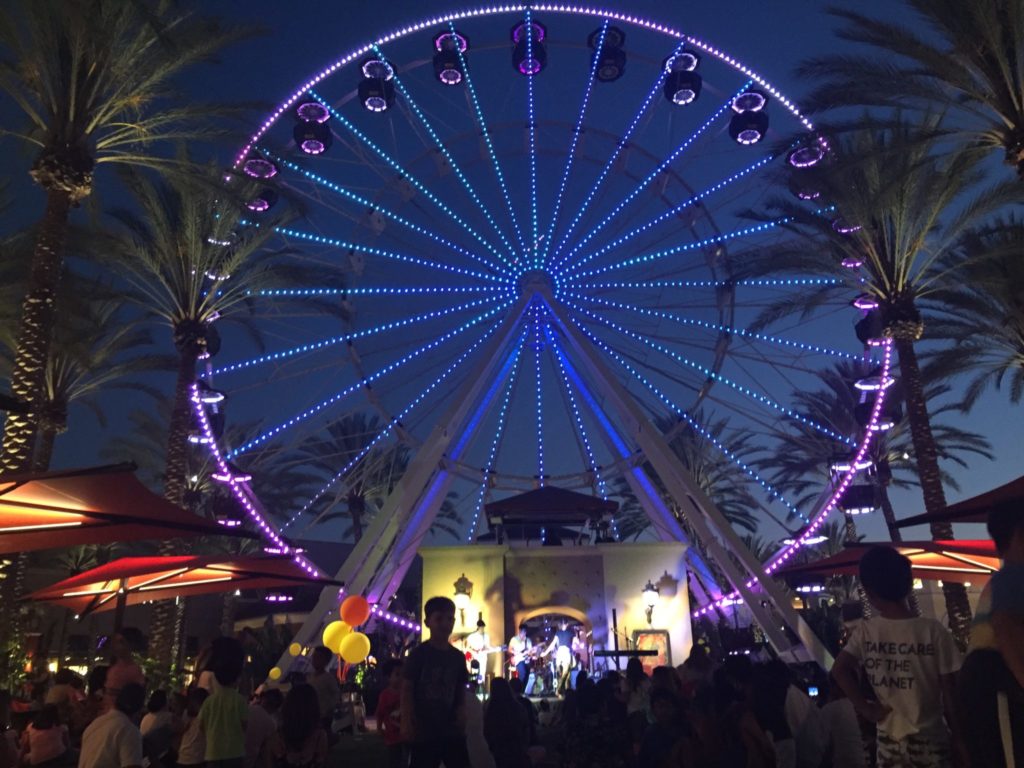 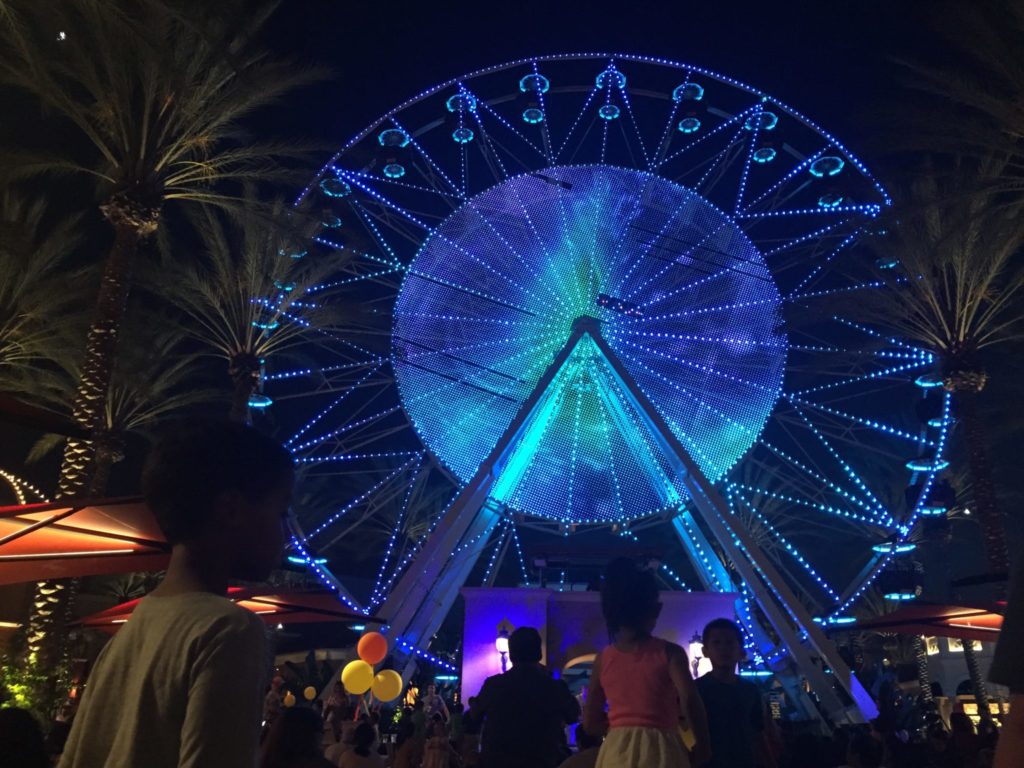 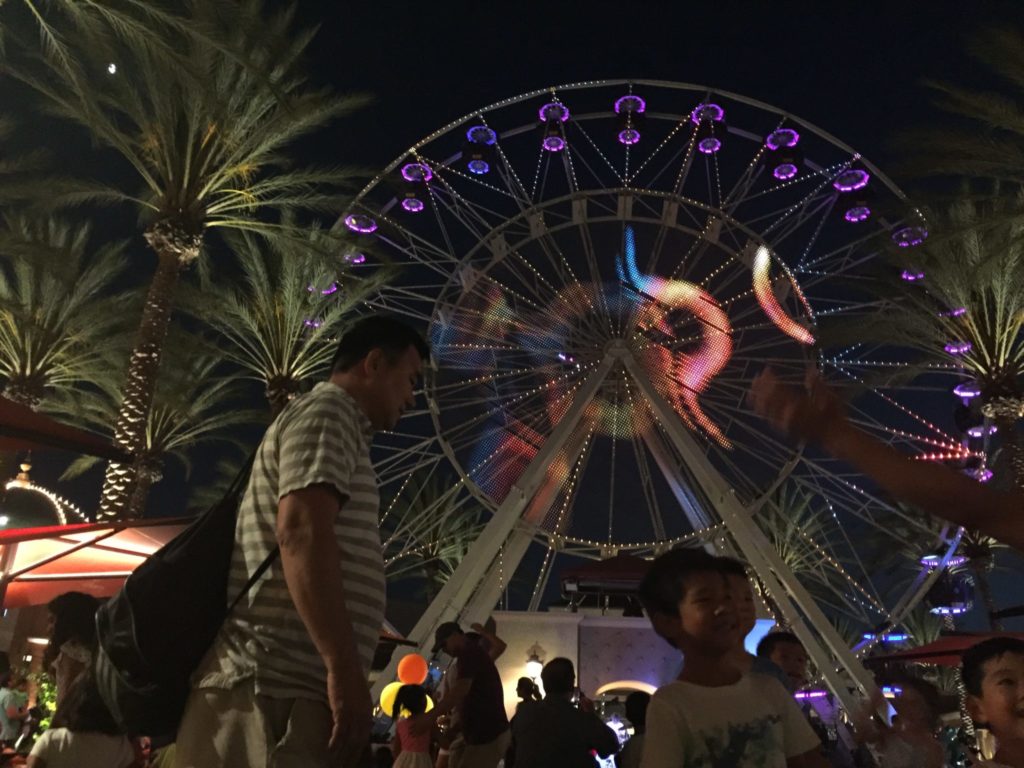 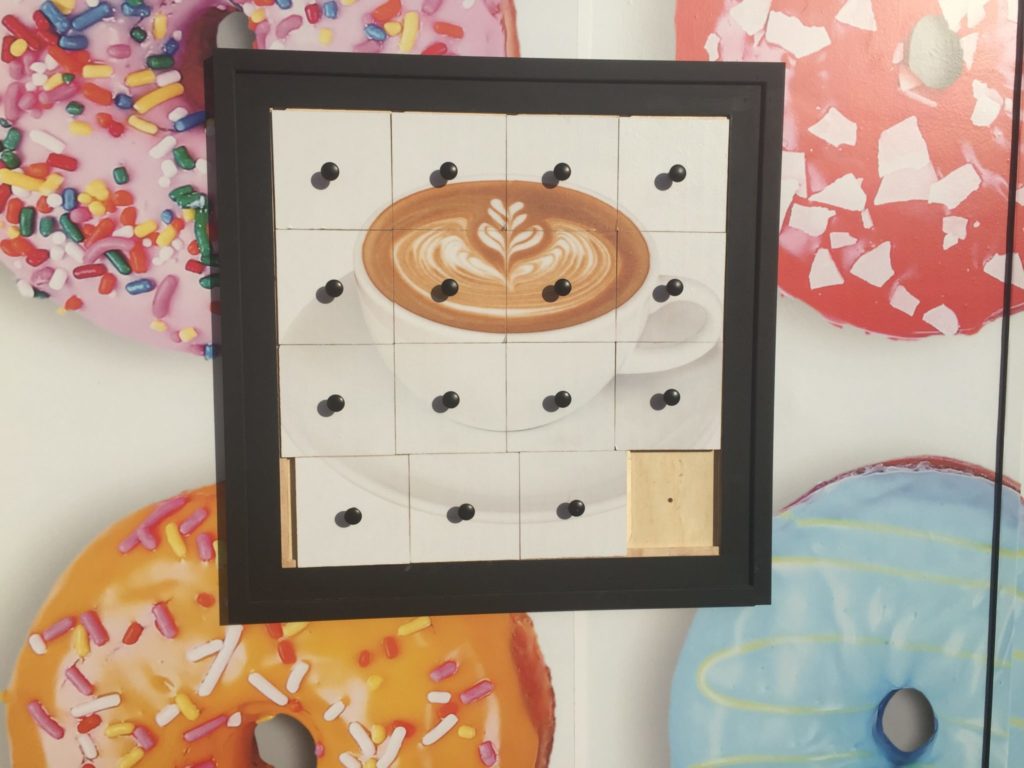 I played this wall puzzled and fixed it correctly. There was another one nearby of a pink doughnut, but there were other people working on it. 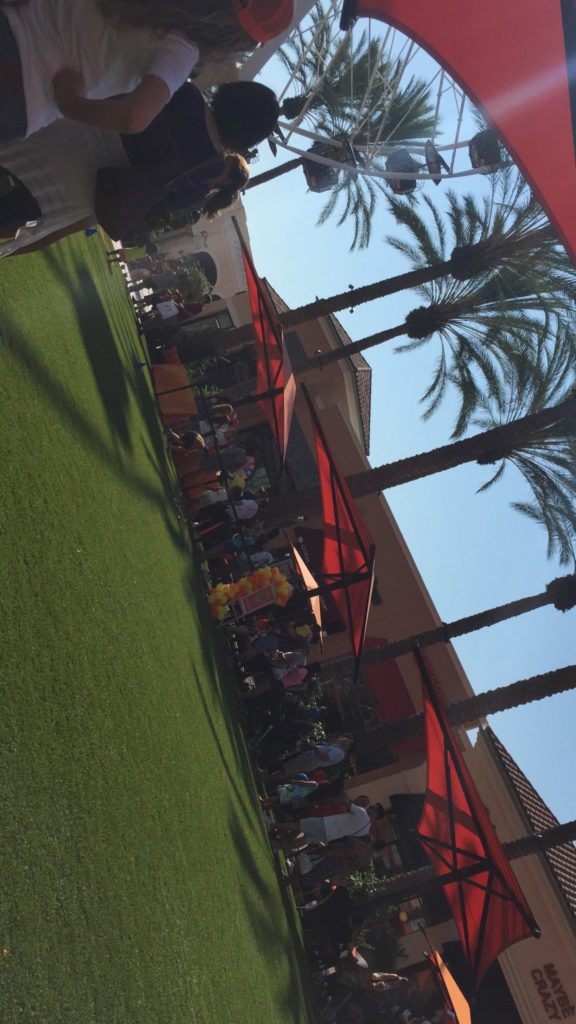 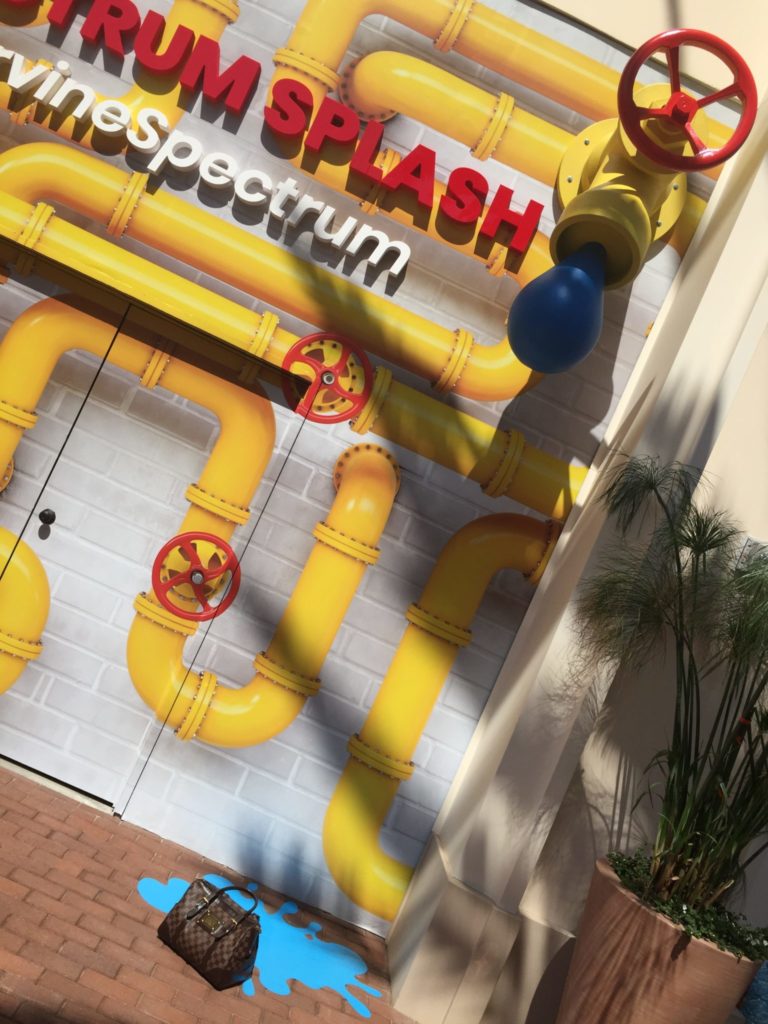 Selfie Station#1: My LV purse decided to take a selfie. 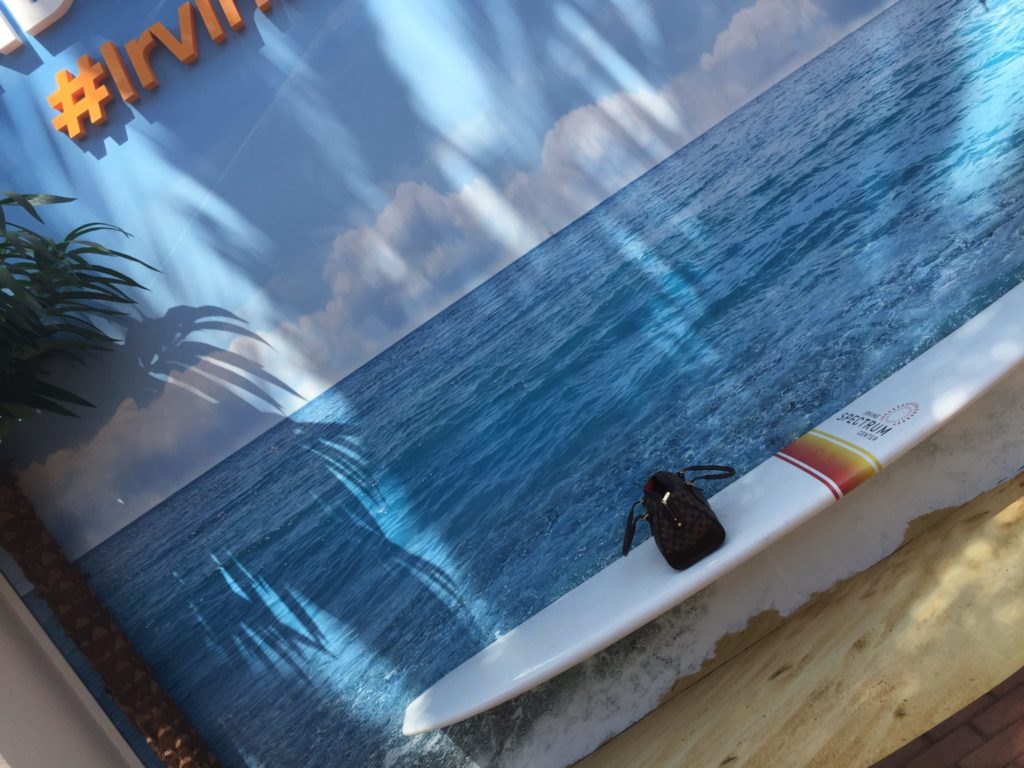 In the Selfie Station #2, there is a surfboard bench, where my purse posed for me. 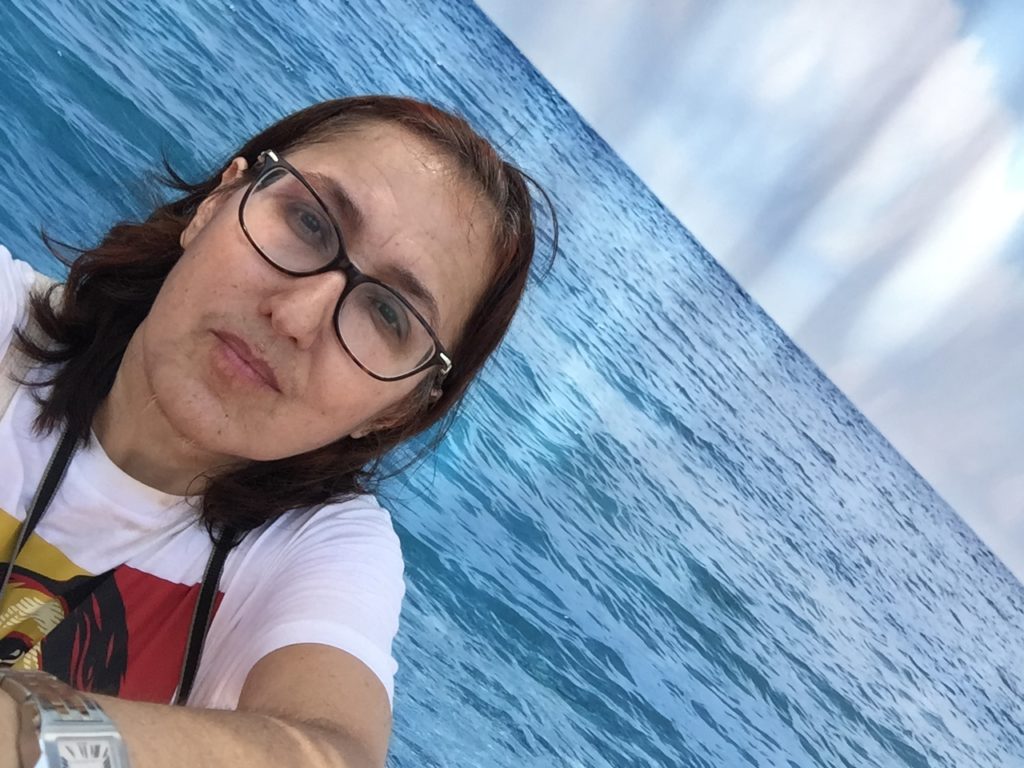 I tried to do a selfie in frond of this surfing screen. I look like I am on a cruise ship. 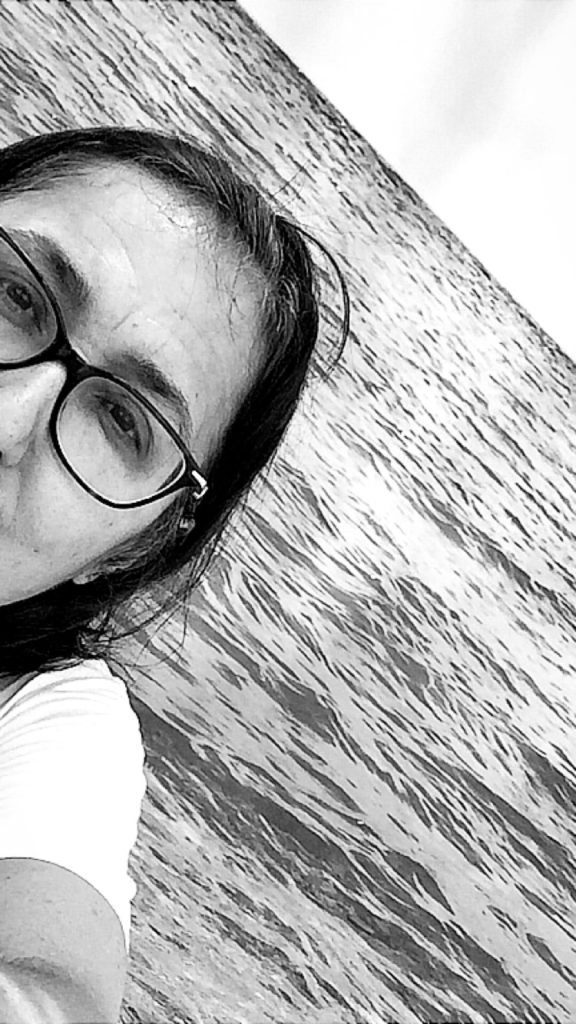 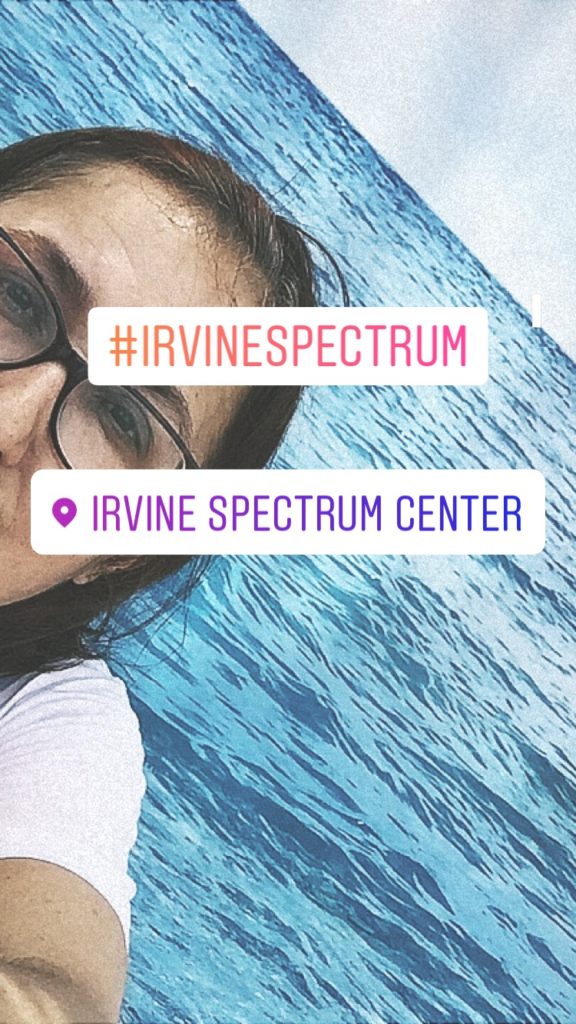 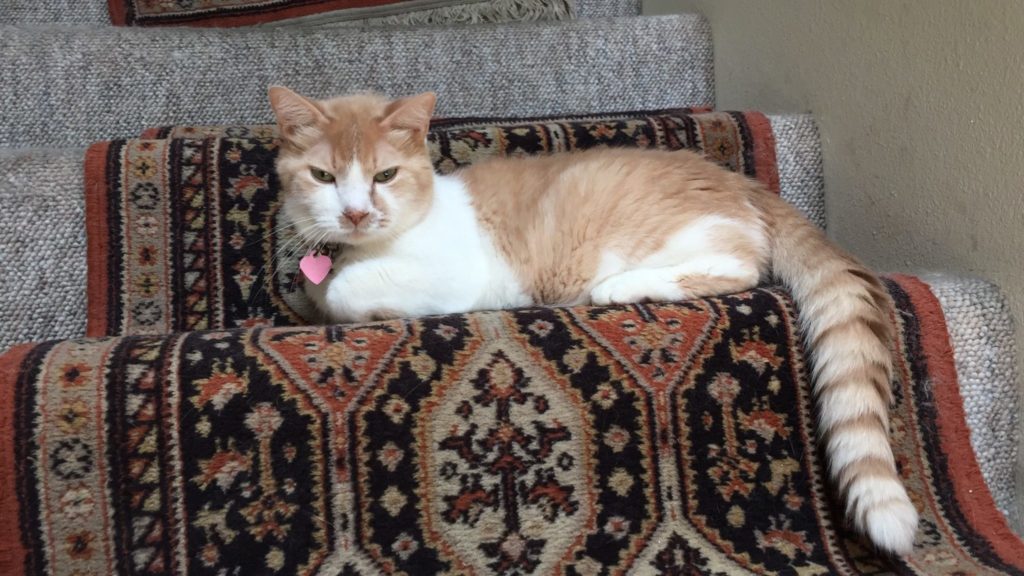