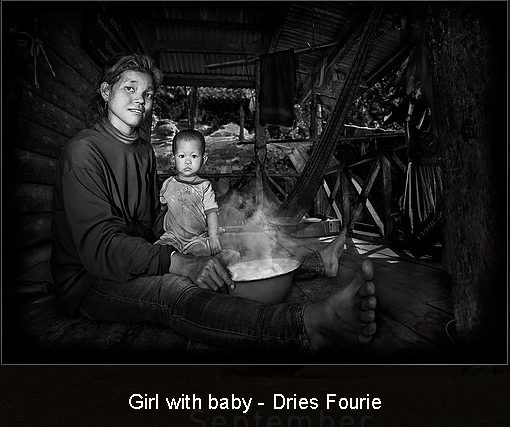 Ursula, not her real name, was eking out an existence in an informal shack. She is no different from so many other kids in South-Africa, black and white, who had fallen through the cracks in the bureaucratic  system. Yet when Dries found her, she and her fatherless baby were spotlessly clean and the baby was a very happy and well fed little boy.

I am pleased to say, that she has been re-united with her parents who have welcomed their daughter back with open arms after she had left her parents’ home fearing reprisal for having gotten pregnant. It turns out, that her fears were entirely groundless as the grandparents have received their grandson with open arms and she will now also be able to complete her schooling.