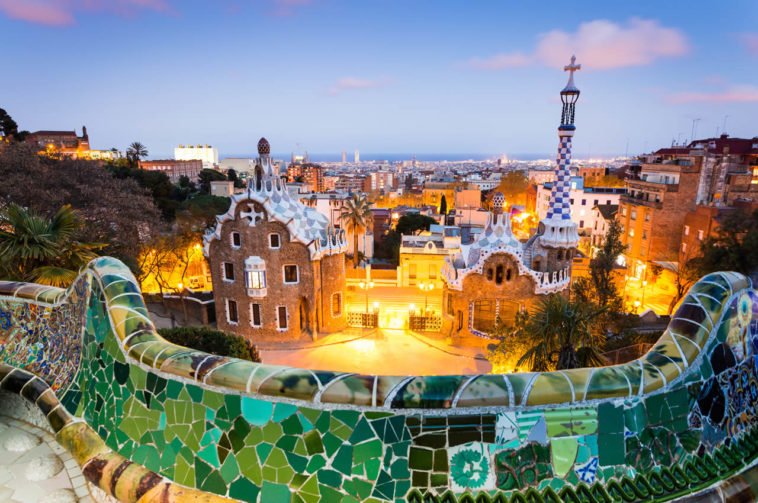 Antoni Gaudí i Cornet, the most universal Spanish architect, left in heritage many works that the world admires. Seven of them are protected by UNESCO as World Heritage Sites. Gaudi is also called the “saint patron” of Barcelona, or designer of modern Barcelona.

The basic of his work is his admiration towards the nature. When he was a child, he was with poor health and so he spent long periods of time in his summer residence in a small village, spending time admiring and learning about the nature and its laws. He thought that “originality comes from returning to the origins”, and so he implemented the beauty of the nature in his later work.

One key moment in the life of young Gaudi was meeting his patron, and later on a lifelong friend, Eusebi Guell. Their collaboration helped Gaudi to design his most magnificent works, as the Park Guell, Colonia Guell, etc.

His unconventional ideas and great dedication to his works are remembered in the world through his work. Especially, by his magnum opus, La Sagrada Familia, a project that occupied him for more than 40 years of his life. 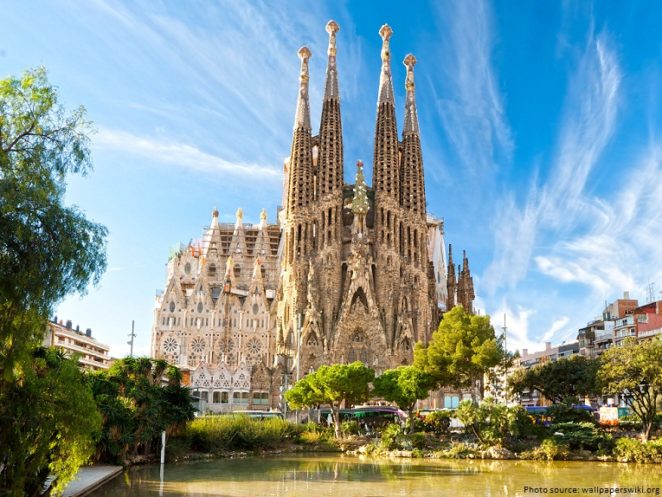 The construction of the church started in 1882, originally trusted to another architect, Francesc de Paula Villar. Gaudi inherited the project in 1883, and focused on it until his death in 1926. His plan was to create a magnificent church, that will present the life of Jesus: the Birth, the Passion and the Resurrection. The church should have:5 naves, a transept, an apse, an exterior ambulatory, 3 facades and 18 towers. The Templo Expiatorio is the last part of the church that is expected to be ready in 2026, on the 100 anniversary of the Gaudi's death. 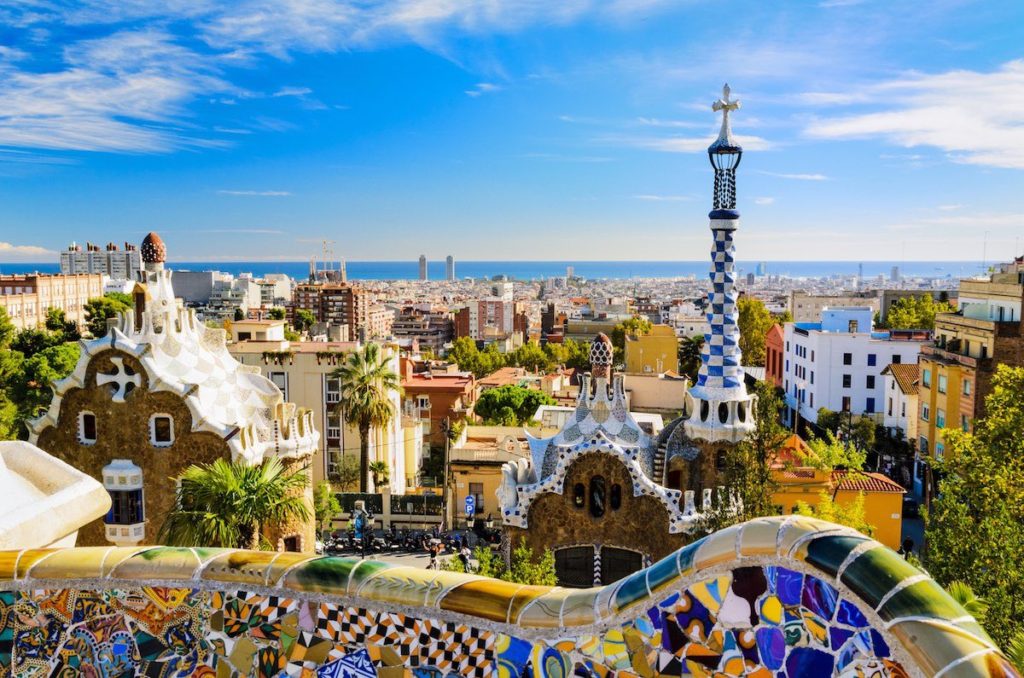 Gaudi built the beautiful park in the name of his patron, Eusebio Guell. Located on the Carmel Hill, with a beautiful view and organic shapes characteristic for Gaudi. The park was built between 1900 and 1914 and was officially opened as a public park in 1926. 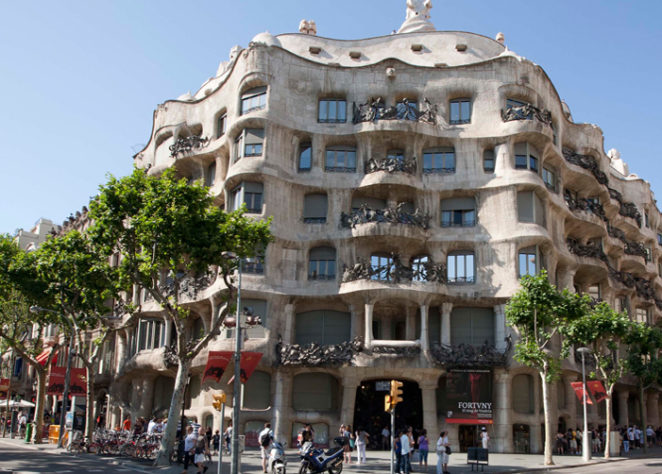 La Pedrera was constructed between 1906 and 1912 by Antoni Gaudí. This is a modern building in the center of Barcelona and the last civil work designed by Gaudi. Gaudi demolished and designed the building for the new owners, Pere Mila and his wife Roser Segimon. He intended the house to be a spiritual symbol. 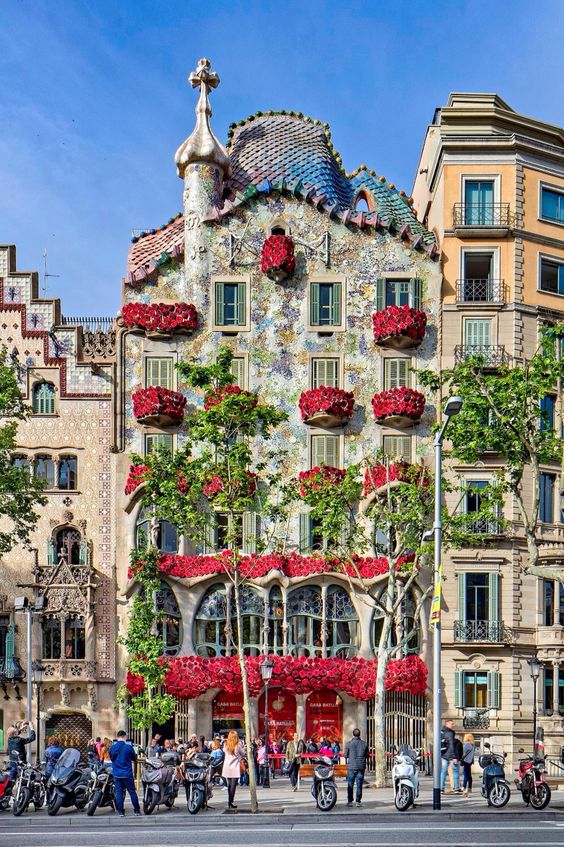 Casa Batllo is a renowned building located in the centre of Barcelona and is one of Antoni Gaudí’s masterpieces. The local name for the building is Casa dels ossos (House of Bones). 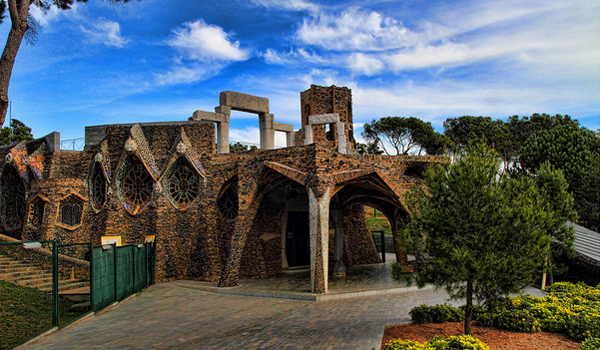 For the purpose of necessity of the industrialist Guell, the colony was built to be an industrial village in Santa Coloma de Cervelló. The amenities that the village should have would improve the life of the workers: terraced houses, theater, school, shops, gardens and a church. The church, or the crypt is left unfinished by Gaudi. 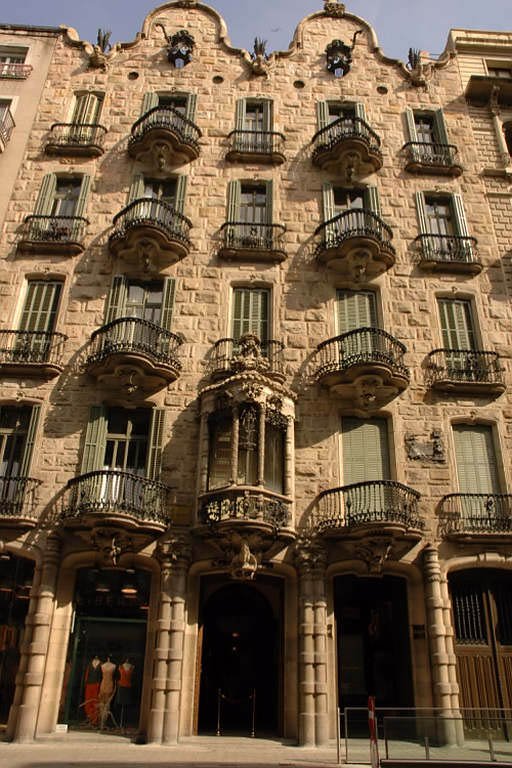 Casa Calvet is one of Gaudi's most conventional works, since it is located between very old buildings in the most elegant site of Barcelona. The Gaudi's creativity and signature are found in the small details and curves.