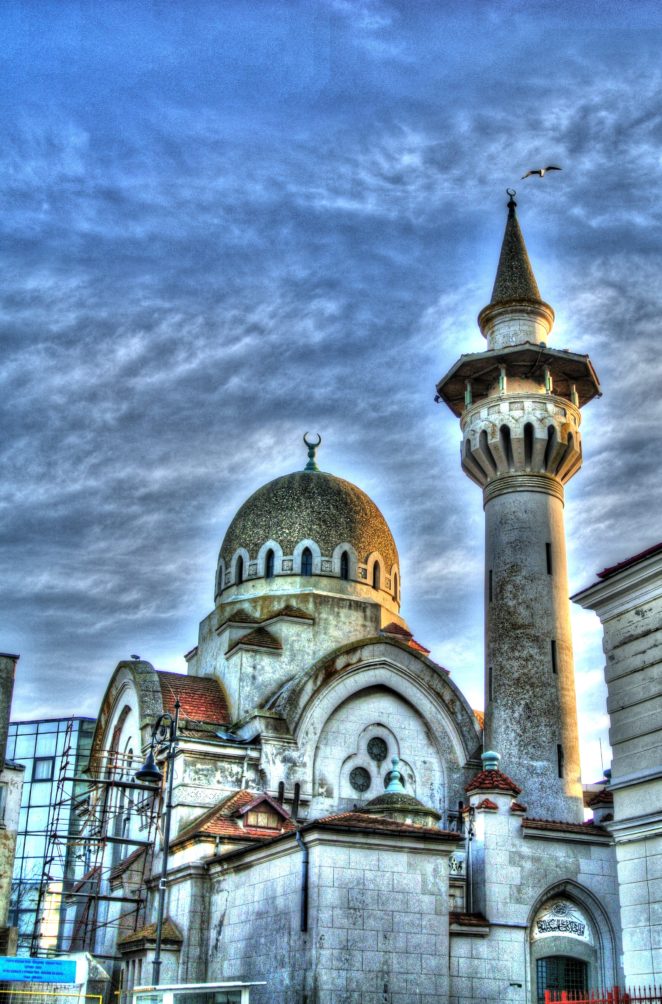 Grand Mosque of Constanta was known as Carol 1 Mosque first. The construction began in 1910 and finished in 1912. It was officially inaugurated in 1913 by Carol 1, King of Romania. The Mosque was built with stone from Dobrogea, brick and reinforced concrete; they used also marble. The minaret has a height of 47 metres and the dome is 25 metres. It is listed as an historic monument.