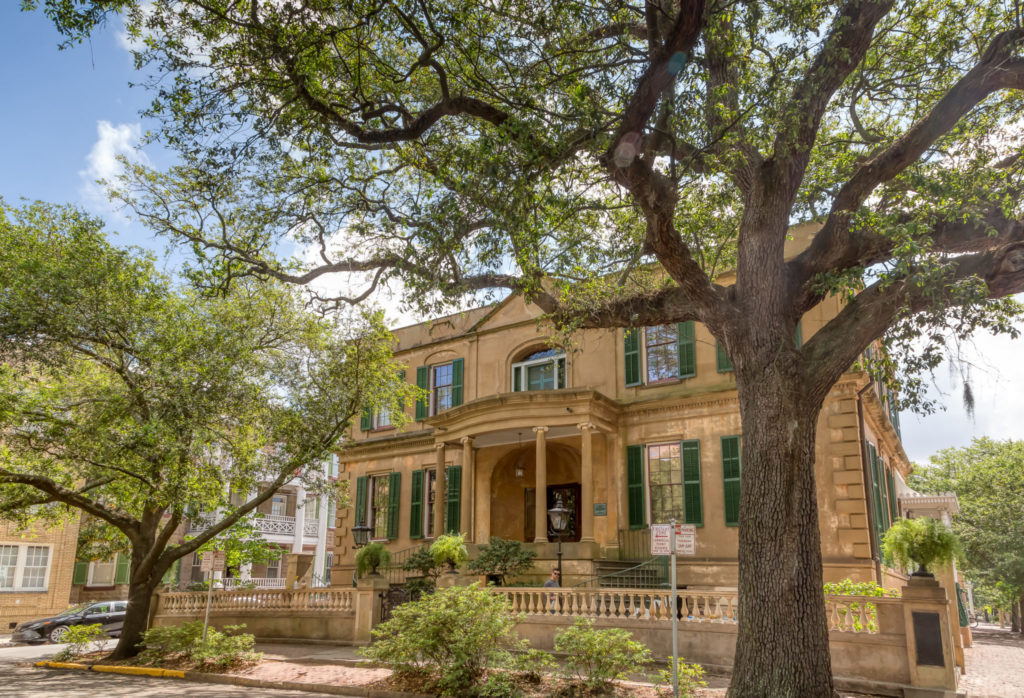 Driving up the coast of the Eastern United States you have to stop at Savannah, Georgia. Touring the historic old downtown of Savanna, we see the famous Owens-Thomas House. It was built in the Georgian style for Richard Richardson (a wealthy merchant of Savannah) in 1816 by the architectural genius William Jay before he was 21 years old.  The house is made of resilient “Tabby” which is cement and local shells and plastered over. It is famous for housing the Marquis de LaFayette who in the early 1800s came to the window and porch and talked to the crowd there. The French LaFayette had become famous for helping George Washington and the founding Fathers in Colonial America win the war with the British. This image here is a stitched together Panorama to show both the house and the huge surrounding Live Oak trees. Notice the tour bus trolly passing by with tourists taking photos.