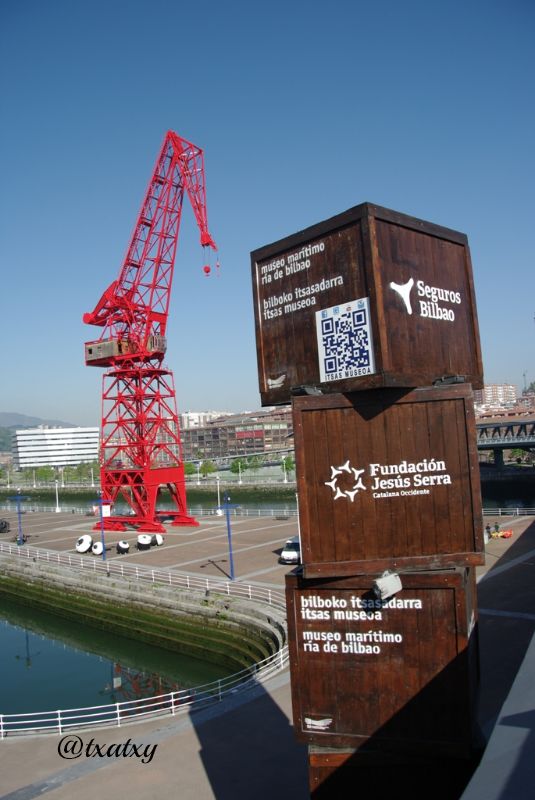 La Carola is a stork crane designed by Arturo Llorente Bodegas, which was built between 1954 and 1957 by Talleres de Erandio, becoming the most powerful lifting machine in Spain.4 It had the capacity to lift 60 tons of weight and was Used for the construction of large ships. It worked until 1984 when the shipyards were closed. The crane remained in disuse and was the subject of some vandalism until it was acquired by the Bilbao City Council, which donated it to the Provincial Council of Vizcaya to the rest of the shipyards (dry docks and pump house) from the museum