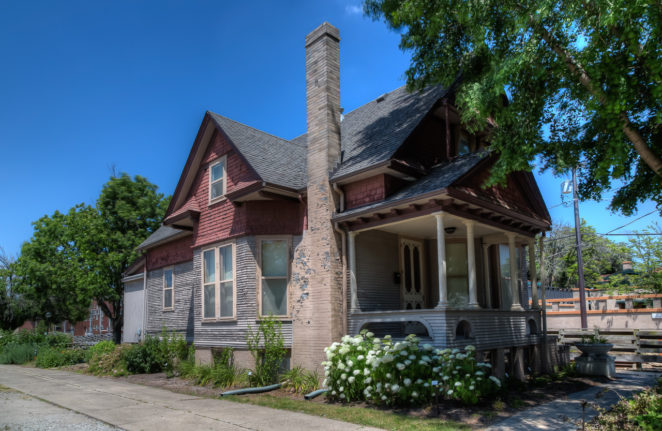 In 1902, in Springfield, Illinois work began on the Dana House by Frank Lloyd Wright. It was a very large lot just South of the Governor’s mansion downtown, but they had structures blocking progress. The largest was the two story Victorian house that had belonged to Mr Lawrence (Mrs Dana’s Father).  This structure was mostly demolished with only a small portion incorporated into the new house at the request of Mrs Dana. The other obstruction was the large two story cottage at the West end of the property.  This was a wood structure with a chimney and was picked up and moved across the railroad tracks and road to the lot next door. This cottage still exists today.