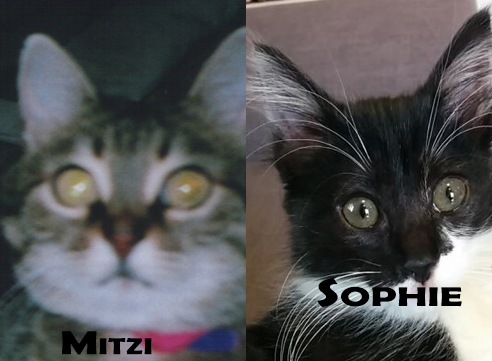 I got Mitzi when she was 13 weeks old and she lived to the age of 20 4 months shy of her 21st birthday. She died in her sleep on November 13, 2014. I was so devastated that I felt I still have enough love for another pet.

In the picture on the left you will see my Mitzi and on the right and on the right my Sophie. they are two totally different cats. Mitzi was a tabby cat and Sophie is a long haired black and white cat.