Carnotaurus was a therapod dinosaur that lived during the Cretaceous era about 75 to 70 million years ago. Fossils have been found in Argentina, the first discovery being made in 1985.

Carnotaurus was a medium-sized dinosaur at 8 to 9 metres in length, weighing around one ton.

The skull was relatively tall from top to bottom but short from front to back, which accounts for its name which translates as ‘meat-eating bull’ in reference to the appearance of its head. 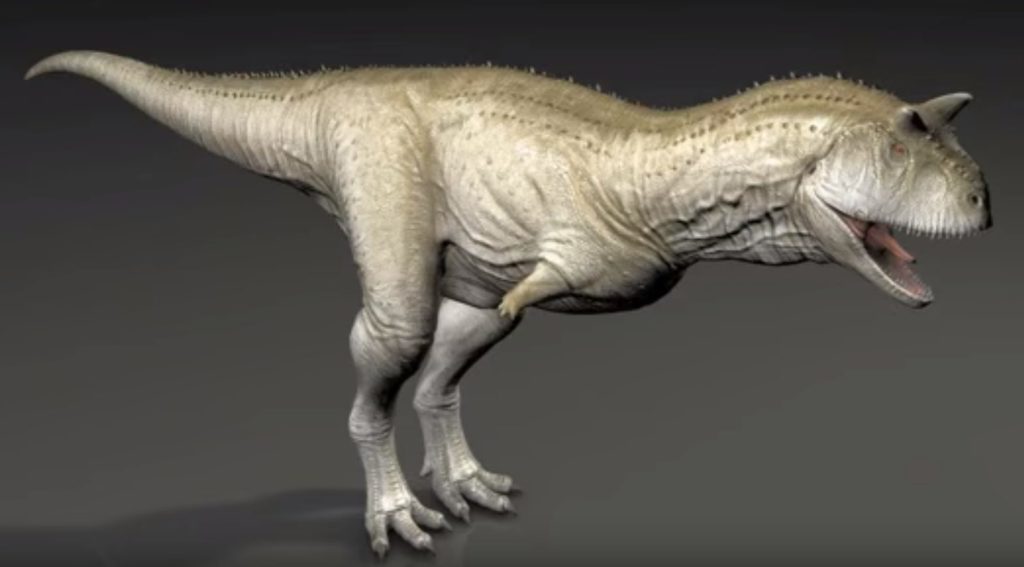 Carnotaurus had two small horn-like projections above the eyes, and a row of scales along the spine that produced a series of regularly placed lumps.

Carnotaurus was similar to Tyrannosaurus in that it had tiny ‘arms’ for which the use is difficult to envisage – they would have been too short to reach the animal’s mouth.

Although Carnotaurus was clearly a meat-eater, its teeth and jaws were not particularly large or powerful. This suggests that it would have preyed on smaller plant-eating dinosaurs.