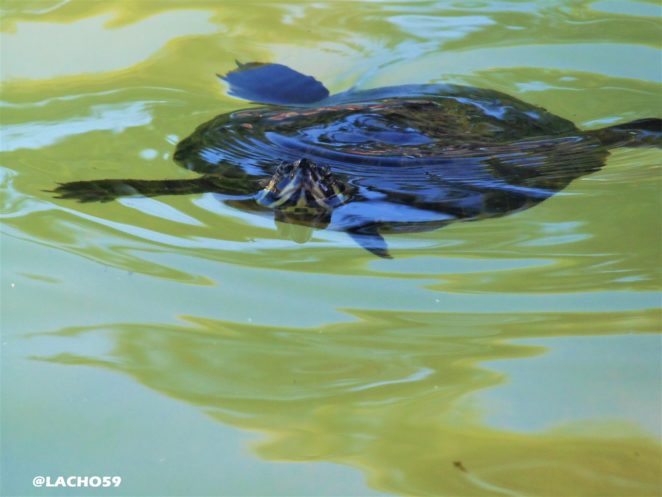 The turtles are reptilians, the Testudines order. Depending on the way they take their head and neck under the cortex, they are divided into two sub-ranges: Pleurodira and Cryptodira.

They are one of the most ancient animals on the planet. Today, about 310 species are known. The first turtles have appeared since the era of the dinosaurs about 300 million years ago. They are the only survivors of the Anapsida branch, whose remaining representatives have disappeared at the end of the Permian geological period. These are the most primitive of all existing reptiles standing near the common ancestor.

Above the water for a breeze of fresh air.