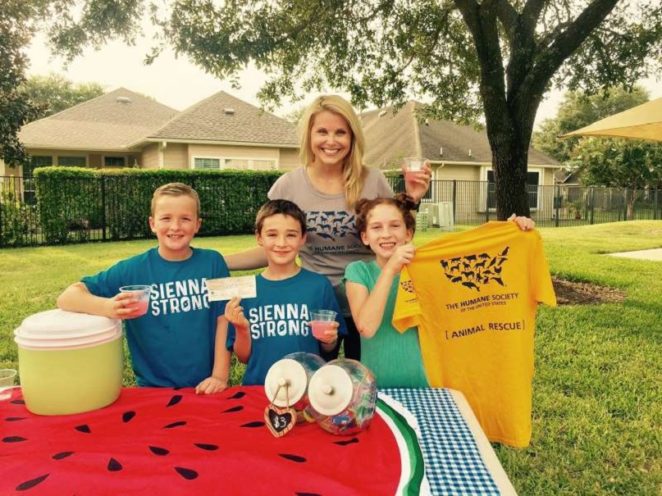 Frannie who is a 10 year old girl from Missouri City Texas received an idea when she saw members of the Humane Society Of The United States (HSUS) doing their work of rescuing stray animals during the period when Hurricane Harvey struck the Texas and Louisiana coasts in 2017, she was inspired to repay the favor that the group did by asking her mom and some of their close friends to start a lemonade stand to raise money for the HSUS.

The lemonade stand idea was successful since through the use of the Go Fund Me website and through the social media networks, the plan to raise funds to for the H S U S so the animal charity will have funds to rescue animals around the globe in the case of future natural disasters.

The money that Frannie and her close friends have raised has inspired her to pursue her passions of raising funds for animal charities to make a difference in the world as she becomes an adult in the near future which has impressed the animal rescue charities.t

There is an old saying about children who do their best to make differences in the world without much fanfare, the saying is “Do not judge a child by the size of their clothes. Just them by the size of the heart.”

I am really impressed by the work of Frannie since she is hoping that people follow her example to make the world a better place for future generations.