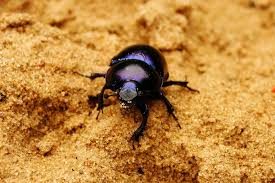 Invertebrates are animals without backbones, and they represent about 90% of all living creatures.

The bodies of arthropods are protected by a hard outer skin known as an exoskeleton. Their bodies are usually divided into segments. There are four main arthropod groups:

Insect bodies have three segments, namely head, thorax and abdomen. Three pairs of legs are attached to the thorax as are the wings if the insect species has them. Sensing antennae, as well as eyes, are on the head. 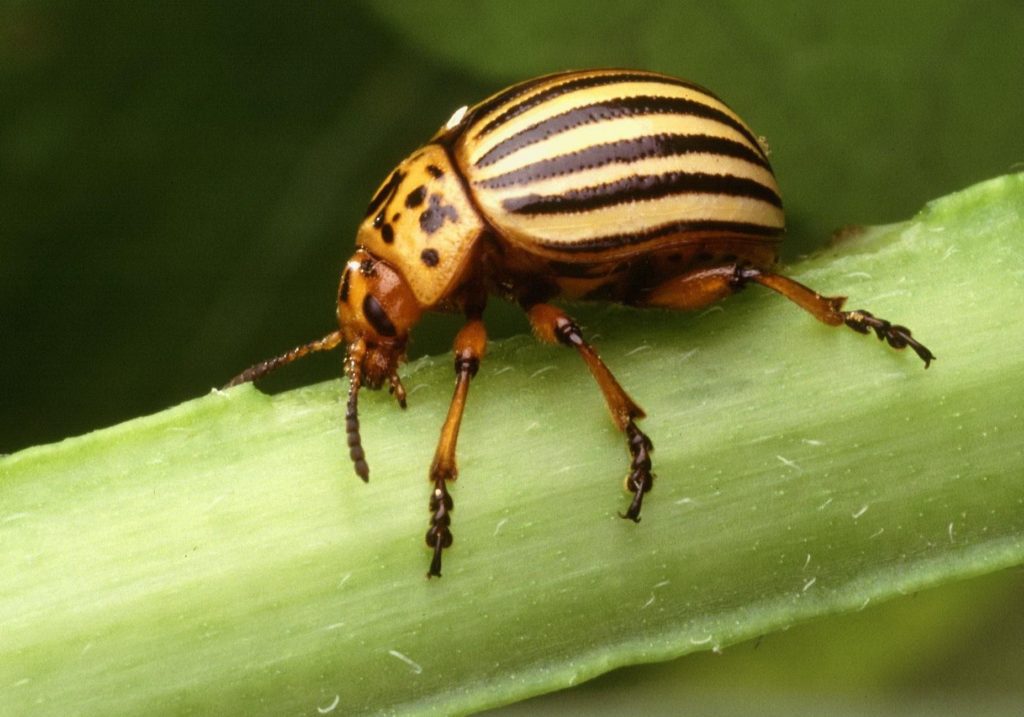 Crustaceans have two pairs of antennae and eyes on stalks. Although most crustaceans live in water and breathe through gills, there are some land species such as woodlice. 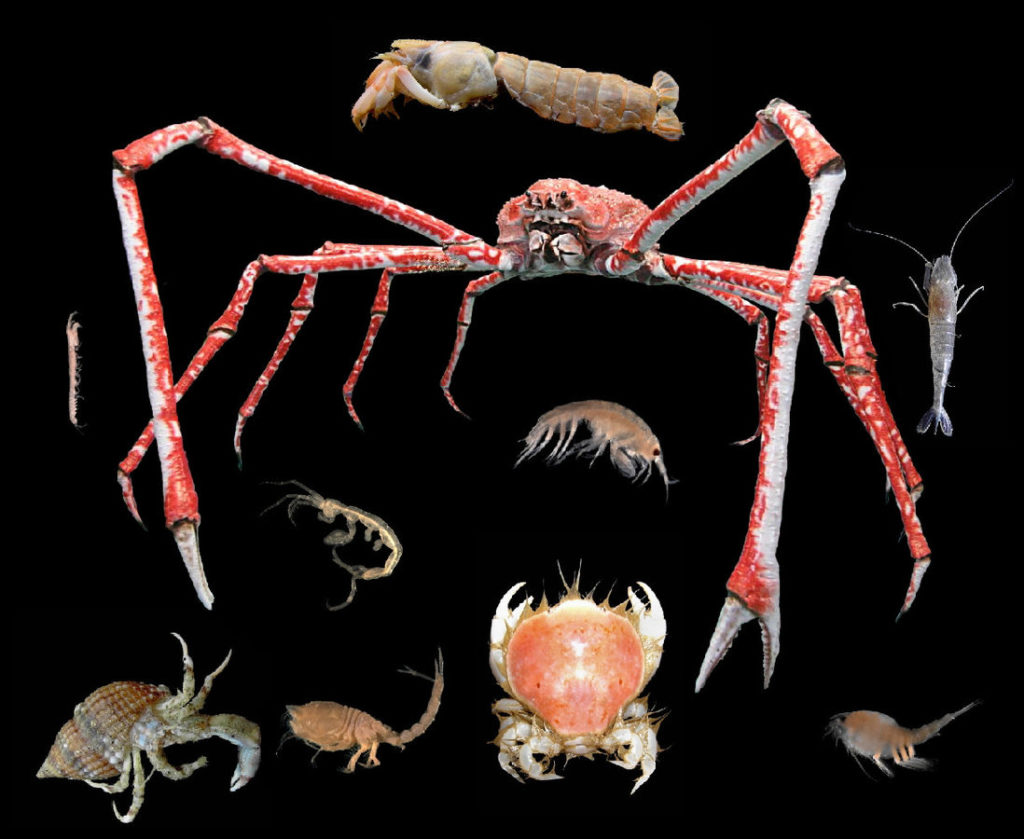 (A collage of crustacea by Hans Hillewaert)

Spider bodies have two segments with four pairs of legs. Some species have more than two eyes. Many spider species are able to produce silk from which they construct webs. 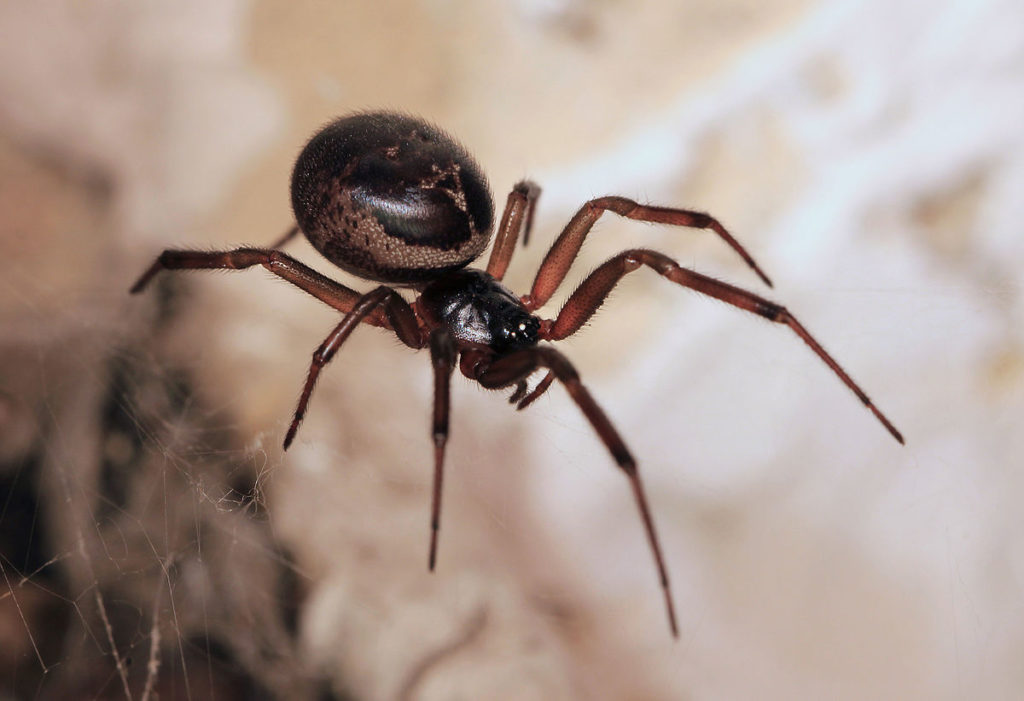 Millipedes and centipedes are multi-segmented arthropods, the distinction between them being that centipedes have one pair of legs per segment and millipedes have two pairs. 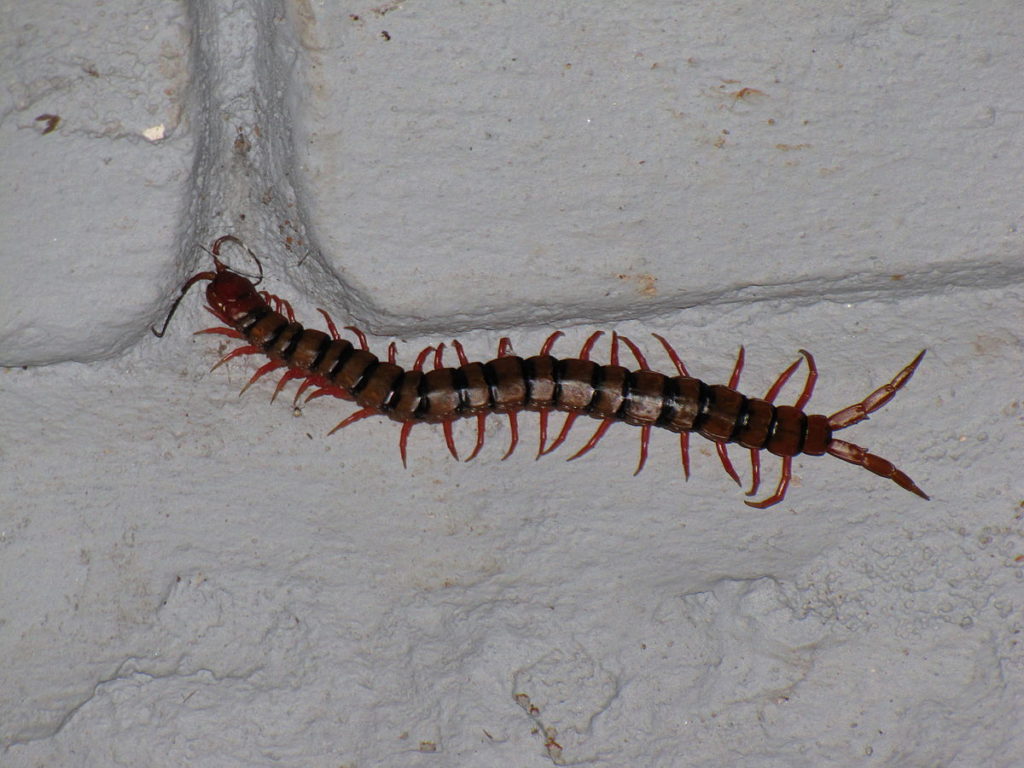 Annelids are segmented worms, with each segment containing a complete set of organs. Most worms burrow into the soil. 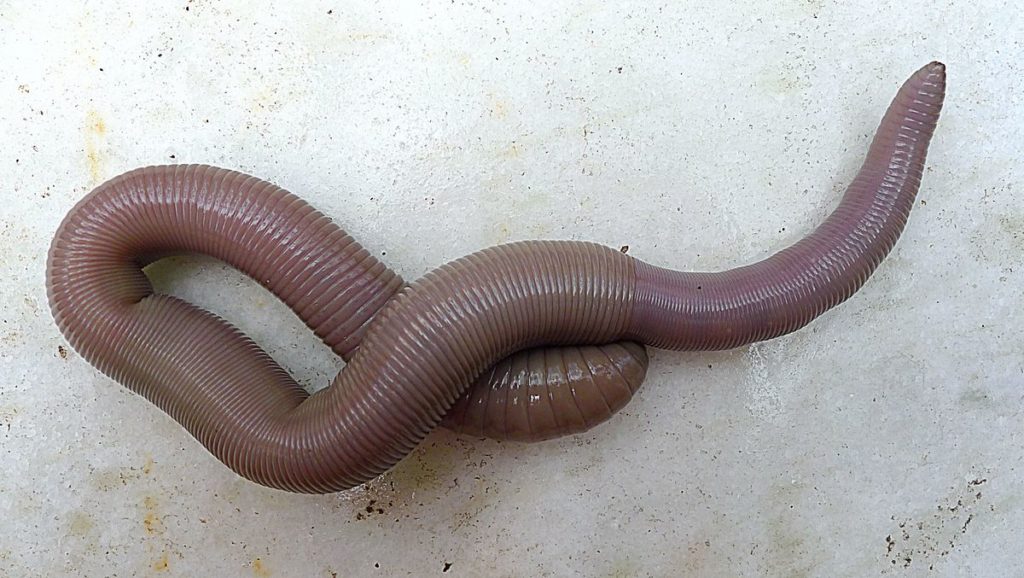 Molluscs have soft bodies and no skeleton, although many species are protected by a hard shell. They include octopuses and squids at sea and garden snails and slugs on land. 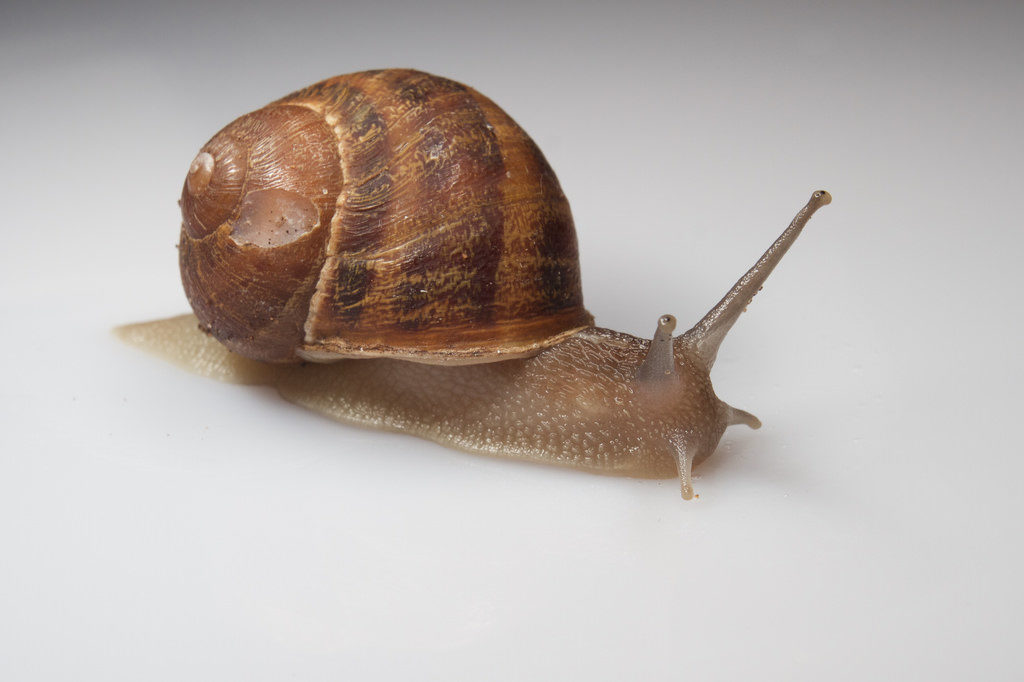