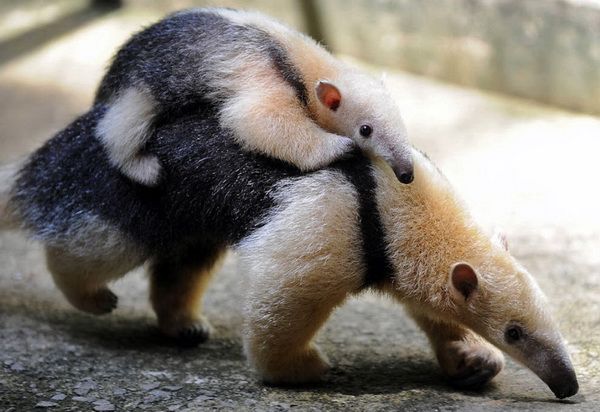 Anteaters are really strange looking creatures and that is because they are perfectly designed for their specific needs. There are four different species of anteaters.

When you search for information on anteaters you get some conflicting information. I typically end up fact checking with National Geographic. Since I grew up with their magazines it just feels right. So we are going with anteaters are edentate animals. What does that mean? It means they have no teeth.  It doesn’t require teeth to slurp down ants.

Their tongues are very sticky, so they carefully remove the top of anthill and flick tongue down, the ants stick to the tongue, they quickly ingest them to avoid stings and bites. Why are anteaters so careful about the anthill? It is kind of like farming. They want to come back and be able to eat again after the ants have recovered and multiplied.

Anteaters are mostly solitary and usually have one baby at a time. The giant anteater can have a tongue over four feet long.