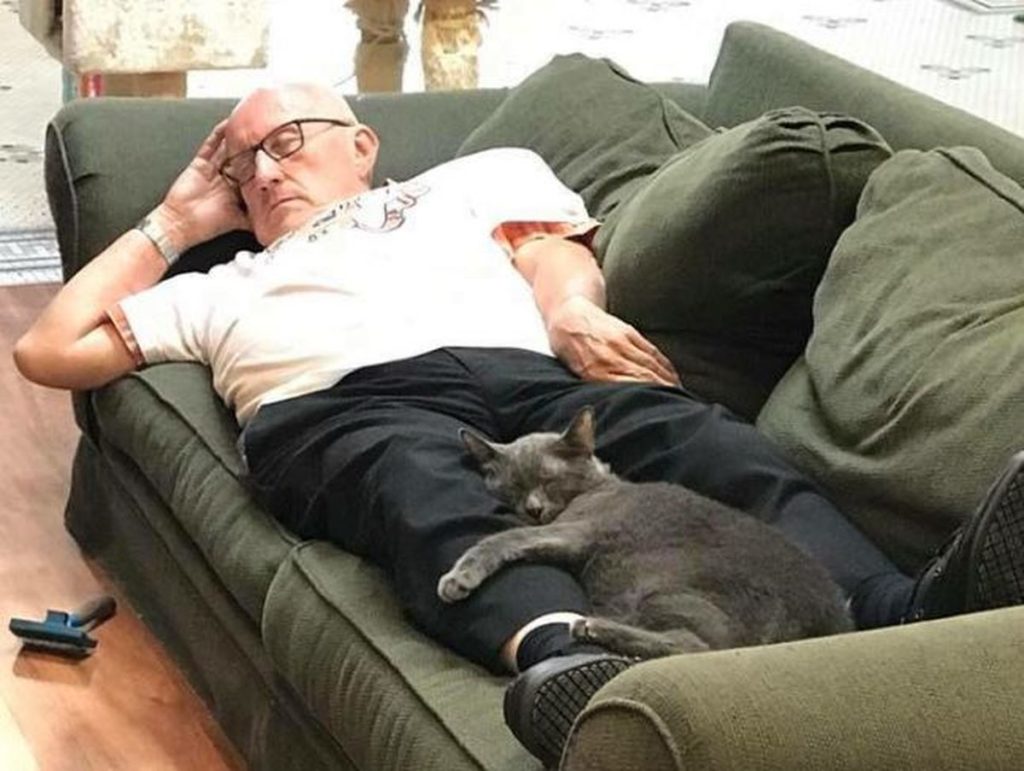 I really have to take my hat off in tribute to Terry Laurman who is a retired Spanish school teacher in Green Bay who has decided to give to his community by working as a volunteer at the Wisconsin Safe Haven Pet Sanctuary six months by grooming the cats since he loves cats a lot.

Elizabeth Feldhausen who is the founder of the Wisconsin Safe Haven Pet Sanctuary in Green Bay Wisconsin has hit a gold mine with the services of Terry who wanted to work at the pet sanctuary since the kittens are free to roam inside the building instead of being locked up in cages.

Terry takes a nap inside the pet sanctuary for a few hours of his time with either a kitten or cat sleeping with him which has impressed the readers of the social media websites which has opened their hearts to donate around the neighborhood of $30,000 with donations from pet lovers around the world to keep the pet sanctuary in business.

I remember when I was living in Panama when the former U S military station the Southern Command Network which could not carry television ads promoting any food or drink products an ad where a middle aged man would tell the viewers after one career is completed, find a new job in another field to feel happy that you are making a difference within your community.

It is evident that Terry is found his calling working inside a pet sanctuary in Green Bay taking naps and making the cats inside the building feel welcome.

The result of Terry’s work is that when the images of Terry taking a nap with a cat or kitten by his side has inspired many people to adopt cats as their pets for life.

Now that is an amazing way to assist an animal shelter to get the word out that cats and kittens are available for adoption by seeing the cats sleeping or being in the company of Terry Laurman who is following his calling to be a caretaker for kittens and cats.