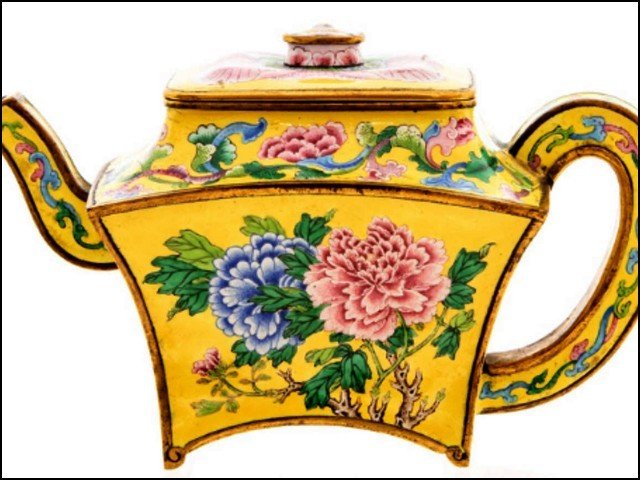 This little ‘kettle’ in the picture sold for about  USD 0.5 million in the UK a few days ago, making its owner truly wealthy. The story start with, Incidentally, during the lockdown, a 51-year-old man in Derbyshire, UK, started cleaning old belongings in his home garage and found this little kettle there.

He remembered that the kettle belonged to his grandfather, who had been stationed on the Far East front during World War II and had brought the kettle from there. Thinking that this might be a rarity, he approached archaeologists. He thought they might make fun of the kettle and suggest throwing it in the trash, but the opposite happened.

Experts told him that it was not a kettle but an “ewen” that was probably used by the Chinese king Qianlong in the 18th century. There are about two similar bars in museums in China and Taiwan, respectively. ۔ In other words, this “kettle” proved to be more rare than his expectations, which he put up for online auction on the website of “Hansen Auctions”.

Hansen auctioneers hoped it would fetch up to $ 50,000, but online bidders began trying to buy it at the highest possible price and finally sold in USD 0.5 million.