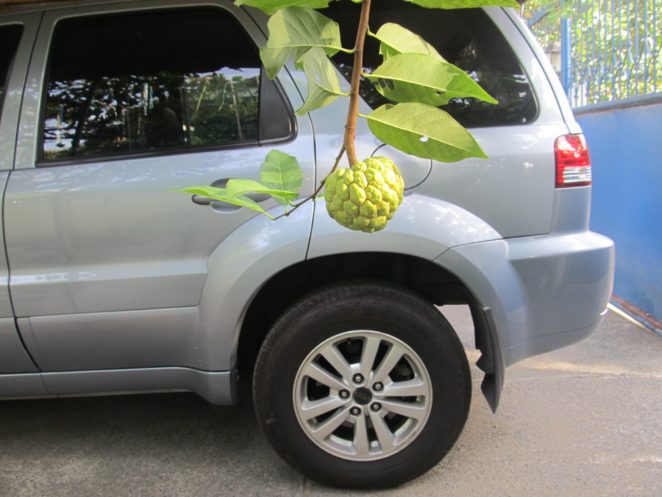 The fruit in the picture is called Atis here but it is commonly known in other countries as custard apple or sugar apple. When my cousin went to Bangkok, she ate a big custard apple and brought home the seeds for me. I planted the seeds and just after a year, it started bearing flowers that became fruits. It was not as big as the Bangkok atis but bigger then the native atis here. And the flesh of the fruit, it was thick like eating soursop or jackfruit.

Since the Bangkok atis was so good that many have tasted and requested for a seedling, that was the start of my campaign to spread the atis which is a very good variety of custard apple. Since then, I have been giving away seedlings that probably is more than 50 already. Most of those who received the seedlings have reported that their tree is fruiting. I hope that the Bangkok variety can dominate the landscape of the orchards here because the native atis is not really that good.