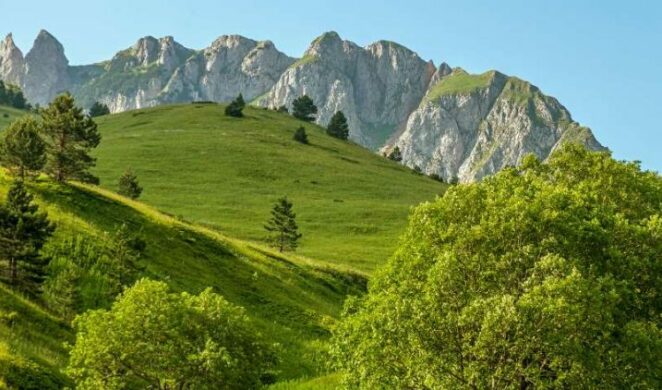 This is home to Bosnia and Herzegovina’s highest peak, Mt. Maglić at 7,828 feet (2,386 metres). Bears, deer, chamois, wolves and many other creatures live in the forest, one of Europe’s last remaining primeval forests. A decisive battle of WWII was fought here in 1943, in which a small Yugoslav army defeated the much larger German invading force. Standing in the park is an enormous stone monument commemorating the fight.