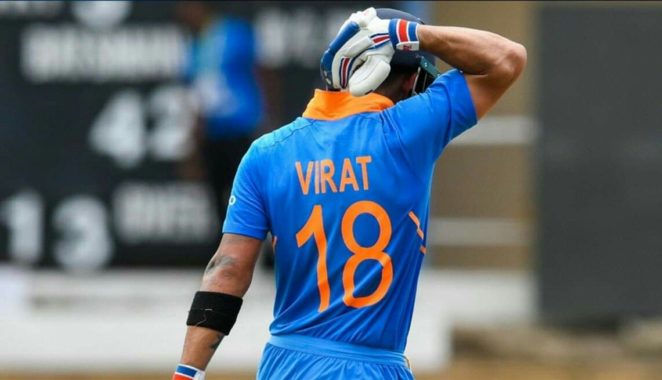 Virat Kohli scored another hundred in one day international against West Indies. It was his 42nd ODI hunred in 229 innings, Sachin Tendulkar scored same number of hundred in 416 innings.

As a captain it was Virat’z 20th century, just two behinds Rickey Pointing’s record who has 22 centuries as a captsin. It was his 6th tone against WI as a captain, Ricky Pointing had five centuries against NZ as a captain.