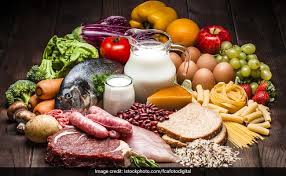 You probably know that protein is good for your muscles, hair, and skin. But did you know that it can also boost your immune system? For instance, take the immune molecules called antibodies. Antibodies stop invaders from attacking new cells. And guess what? Antibodies are created from proteins!

Then there are T cells. T cells show the rest of your immune system what an invader looks like, so your body can make specific cells to fight it. And studies have shown that to generate enough helper T cells, our bodies need the right proteins. And there are immune cells called macrophages. Macrophages are known as the “big eaters” of the immune system. That’s because they engulf and destroy harmful invaders.

And macrophages are made from — that’s right! — proteins.

And those are just a few examples of many. So if you want a strong immune system, you should eat lots of high-protein foods.  Well, not entirely…

As it turns out, some protein sources are better than others. For example, take whey protein powder. These expensive powders boast 20+ grams of protein per scoop. So whey powder seems like a great protein source… but guess what? It’s not!

In fact, the latest research shows that whey powder is virtually useless in the human body. It’s useless for boosting immunity, and it’s even useless for building muscle.

Protein is vital to build and repair body tissue and fight viral and bacterial infections. Immune system powerhouses such as antibodies and immune system cells rely on protein. Too little protein in the diet may lead to symptoms of weakness, fatigue, apathy, and poor immunity. Choose lean sources of protein such as skinless chicken, lean beef and turkey, beans, and soy.