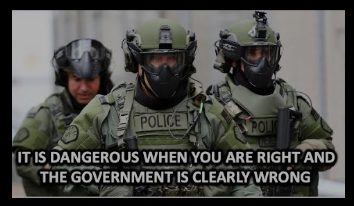 IMPORTANT – THIS IS NOT THE COVID19 BUT THE 2014 EBOLA OUTBREAK IN WEST AFRICA!

BUT SEE THE SIMILARITIES HERE

Harry Vox’s videos will no longer be on this channel going forward – please go to http://www.voxnews.com/ (no affiliation with vox.com)The US military-industrial police state has never hesitated to sacrifice the lives of Americans in order to achieve its goal of locking down control of all movement – not just in & out of the country but within the country.

Bioweapons, as the Rockefeller Foundation gleefully pointed out way back in 2010, are a fantastic way to convince an already-mentally-supine population to yield control of their physical forms to the state’s machinations as well. While the interview in this video was recorded in 2014 as an Ebola outbreak ravaged west Africa, Vox’s observations are if anything even more applicable to the present 2020s coronavirus outbreak, which has set western powers salivating as China sets into motion it’s enviable (if you’re a power-mad sociopath) state control machinery to quarantine some 50 million people behind a ‘cordon sanitaire’ that authorities admit has already allowed carriers of the virus to slip out ahead of its imposition

– meaning this massive crackdown on free movement serves no purpose other than as a giant human experiment in what liberties a population will thoroughly trash for the fleeting illusion of security.

Spoiler alert: too many. documents referenced can be found at Scenarios for the Future of Technology and International

LINKS TO DOCUMENTS IN THIS VIDEO

*  https://patents.google.com/patent/CA2…content like this is prone to sudden disappearance, so, please DOWNLOAD & REUPLOAD to your own channels – it is very important that this information is spread as widely as possible before it’s too late & we’re undergoing temperature checks to leave our homes. anyone who believes this is irresponsible speculation should spare a thought for air travel circa 1999.