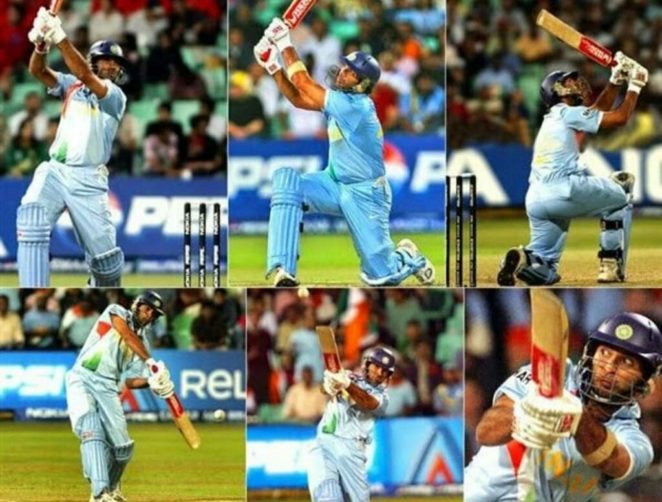 Today is the 12th anniversary of Youraj Singh’s power show. During the first ICC T twenty championship in 2007 at the venue of Kingsmead, Durban South Africa, Youraj played one of the best inning in the history of T twenty.

He scored 58 runs in just 16 deliveries. He completed his half century on just 12 deliveries (which is still a record in T20 international). The most famous and historic part of the match was that when Yauraj smashed six consecutive sixes to Stuart Broad. I still cannot forget his hitting against young and inoccent Broad. That inning of Youraj was surely a treat to watch for cricket fans.