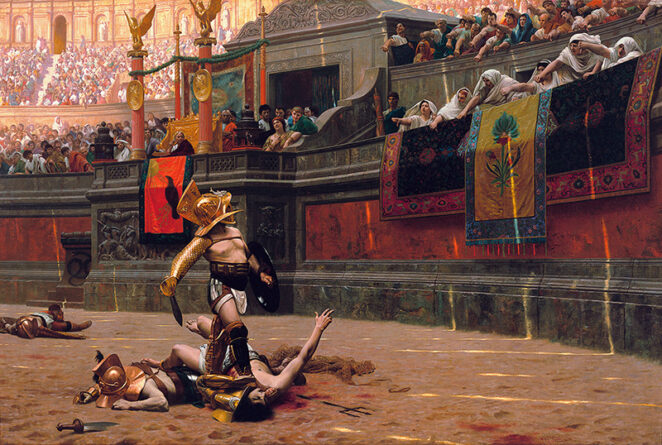 I was reading up about some really strange Roman traditions and while they were all fascinating, there were too many to write about here on Virily. I’ve called this one, A SWEATY TURN-ON. Near the gladiatorial arenas in ancient Rome, in special kiosks, one could buy animal fat and gladiator sweat. Women used these substances as cosmetics.

BELIEVE THIS OR NOT –

In Ancient Rome, wealthy women would buy vials of sweat and dirt scraped from the skin of famous gladiators and use it as a face cream, eroticism.