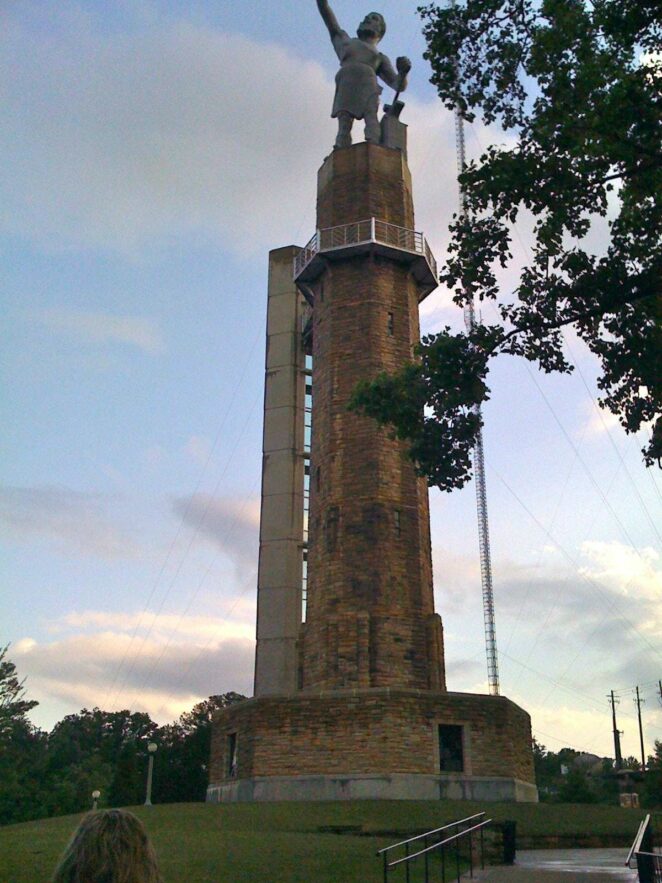 Another look at what you can see while traveling around the U.S. If you are in Alabama head for Birmingham to see Vulcan the Iron Man. You can find him on the summit of Red Mountain overlooking downtown. He is 56-feet tall and represents Vulcan, the blacksmith of the Roman gods. The statue was originally built for the St. Louis World’s Fair in 1904.

Vulcan the Iron Man represents the local iron industry and was built from ore that was smelted from the nearby Sloss Furnaces. He is the largest cast-iron statues in the world and stands atop of a 12-story sandstone tower on Red Mountain. His right hand once held a spear but was replaced by a “safety torch” in 1946. So whenever there was a traffic fatality in Birmingham the torch would turn from green to red.

When Vulcan was in danger of collapsing he was restored and a park was built around him where you can now see a museum. It is known as Vulcan’s Park and Museum. You can ride up to the top of the tower and in the museum people can have their photos taken with a replica of Vulcan’s huge foot. A button can be pushed that will light up his torch which now only shines green.