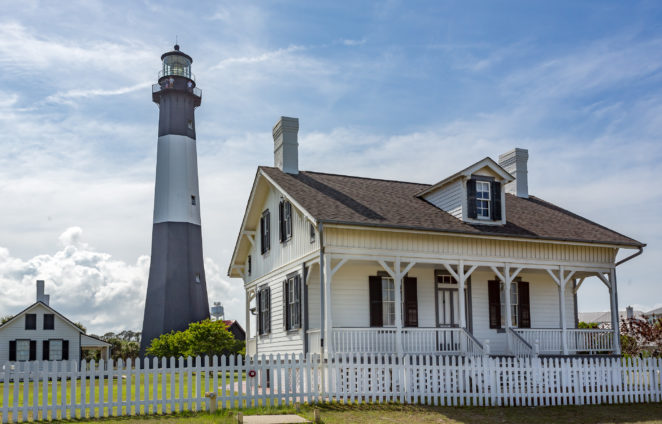 Near Savannah, Georgia is the historic and beautiful of Tybee Island with its Lighthouse. The lighthouse was ordered in 1737 by John Oglethorpe who was Governor at the time. It has been rebuilt three times and this version was completed in 1916. It was destroyed at the top only in 1861 by retreating Confederate troops from the surrendered Fort Pulaski so that Union troops could not use the lighthouse. It is Georgia’s oldest and tallest lighthouse.