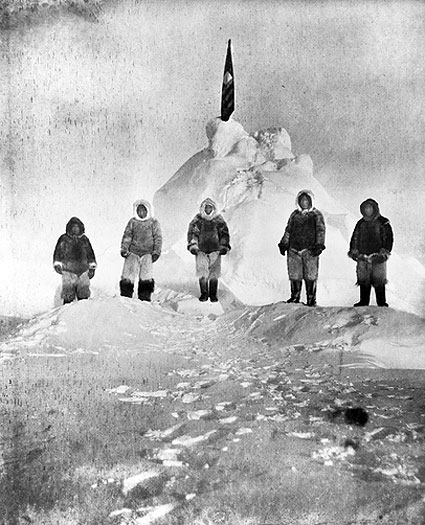 Robert E. Peary was born on May 6, 1856, and even as a child dreamed of exploring what is known as the “roof of the world” the frozen Arctic north. Even though they had no modern equipment or phones to connect with the world Peary and his assistant, Matt Henson set out for the North Pole in 1905. No one had ever been there before unless of course Santa was already a resident.

Peary and Henson traveled to Greenland to prepare for their journey. It was there that they learned survival techniques in sub-zero temperatures from the Inuit tribes. They ran into trouble when their ship could not get through ice. They failed the first time but tried again in 1908. This time they took along 24 companions and 133 dogs. They got to the North Pole in April. They were the first Arctic explorer to pave the way for future explorers.