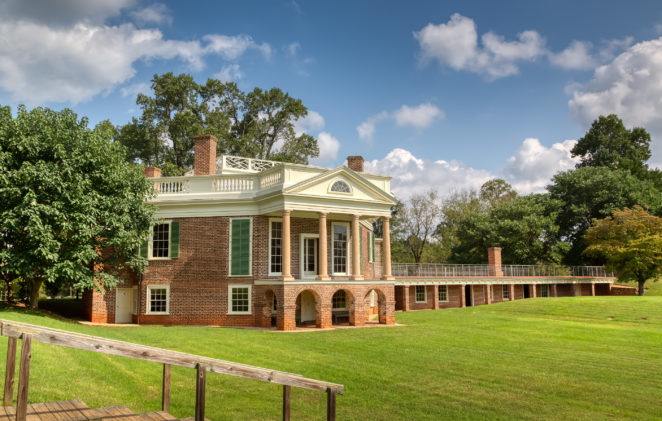 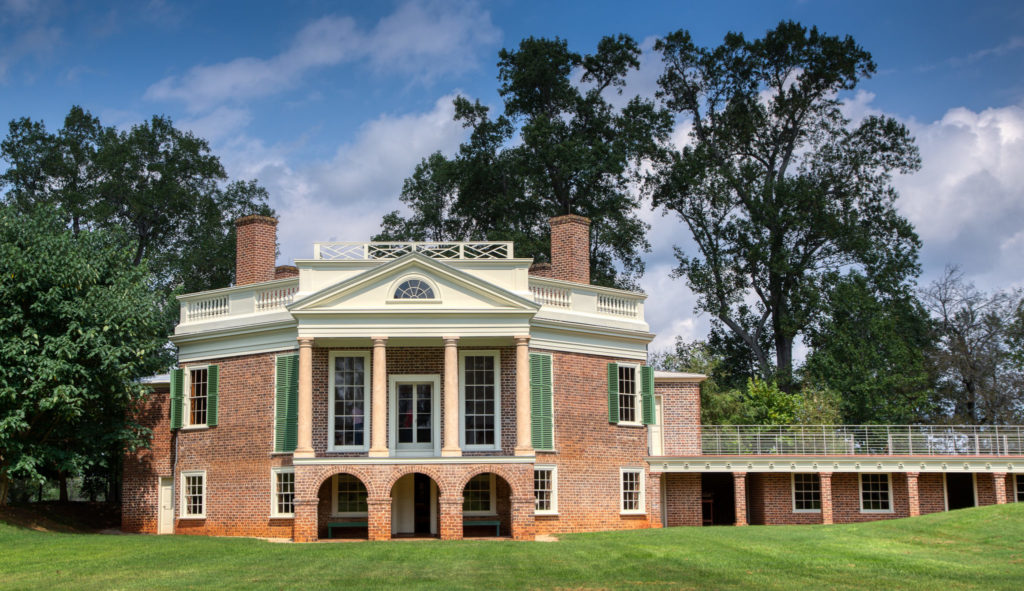 Most people have heard of “Monticello” near Charlottesville, Virginia, but far less know of “Poplar Forest” a days ride west of Monticello in the town of Forest, Virginia. When Jefferson’s wife Martha lost her father John in 1773, they inherited the more than 4,000 acre plantation. Jefferson took over the land and continued to harvest tobacco and wheat crops and began to design another house on the hill of the property. It would be much like Monticello with 8 sides and a high central part with a wing off to the side. He visited and lived in Poplar Forest for days, weeks and even the entire summers. He said that in later years citizens would often walk up to Monticello hoping to glimpse him and he would find them looking into his windows as he ate dinner or worked at his desk. this was long before there was any form of security for past presidents. Poplar Forest was a semi-secret estate and retreat and a place he could go to for privacy.  In 1806 Jefferson built his octagonal retreat but continued to work on it for decades.  He brought over his head carpenters John Dinsmore (enslaved) and James Dinsmore from Monticello to build the house with its complex doors and ornamental moldings.