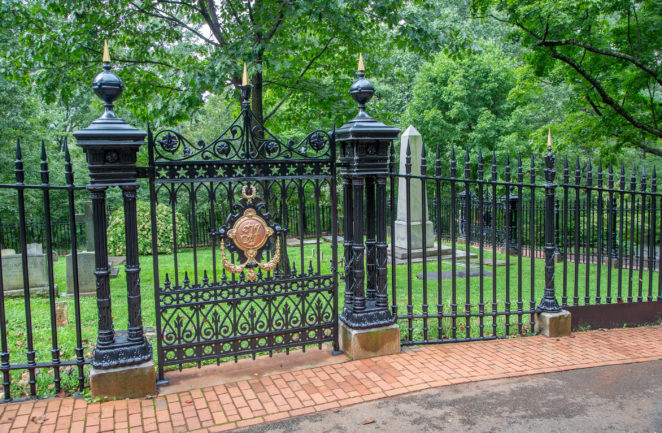 At Monticello near Charlottesville, Virginia you can walk back from the mansion to the parking lot instead of taking the bus. This route lets you see more of the grounds and you pass by the private graveyard of the Jefferson family. There to one side is the gravesite of Thomas Jefferson on a fairly plain marker. On the marker it says” Author of the Declaration of American Independence, Statue of Virginia for Independence for Religious Freedom, and Father of the University of Virginia. Noticeably absent was the mention of Jefferson being President of the United States. Did he consider it just his public duty or normal work of a politician?