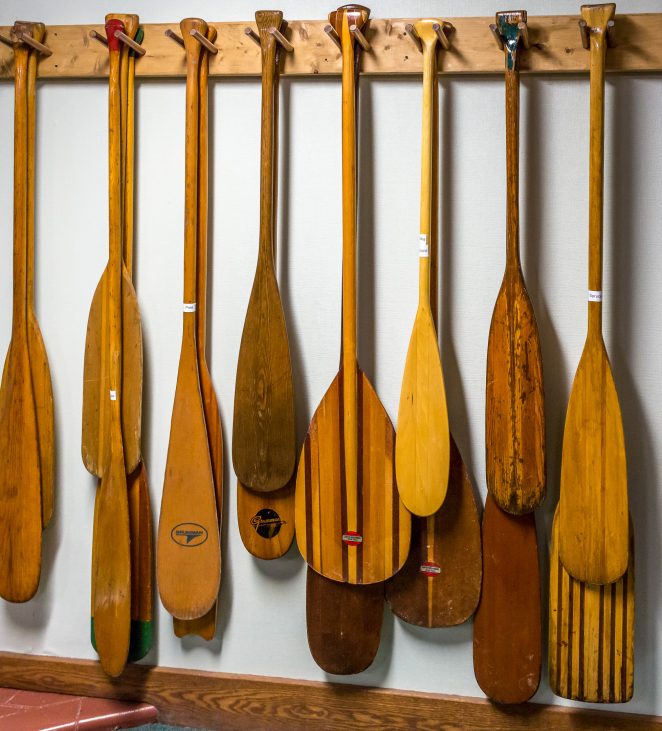 At the Finger Lakes Boating Museum in Hammondsport, New York on Keuka Lake most displays centered around boats of the Finger Lakes region.  Here they had also had a display of paddles along an entire wall. This is a photograph of a small portion of them including two “Grumman” canoe paddles.