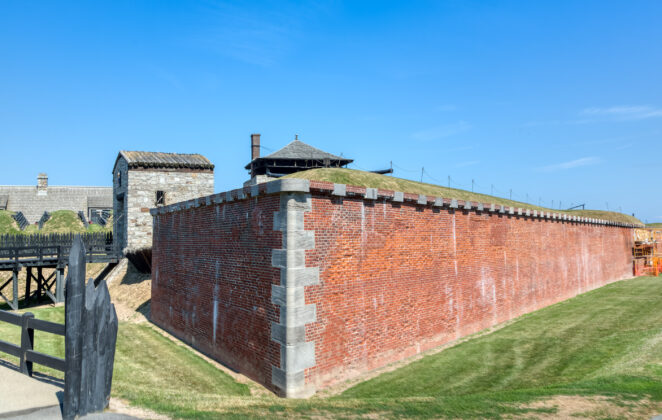 We are visiting Old Fort Niagara in Upstate NY North of Buffalo and Niagara Falls on The Niagara River and Lake Ontario.  The fort was made by the French originally in 1679 then taken over by the British before the War of 1812 where it was handed over to the United States. It was decommissioned in 1963 and is now a State Park you can visit and you can see the buildings and historical recreations including soldiers firing rifles and canon. Here the brick ramparts show the edge which has stone quoins on the corners and huge grass covered earth abutments to repel armies of men and cannonballs.