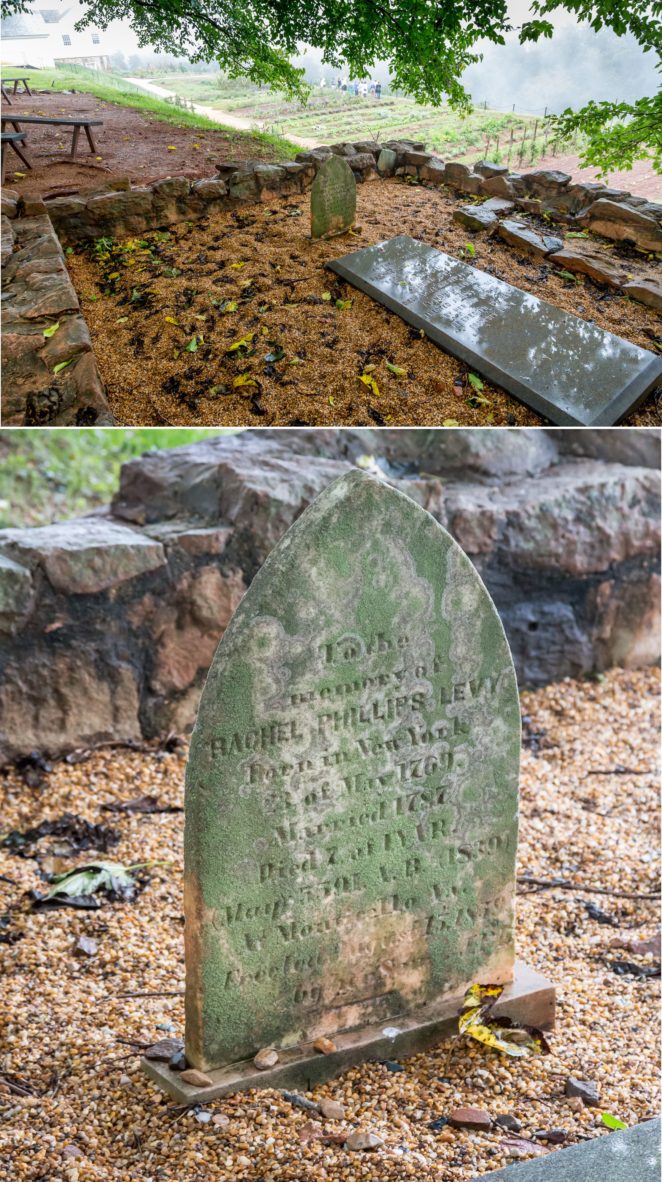 At Thomas Jefferson’s Monticello in Virginia there was a long road next to the mansion itself. Here was a slave row and on it was this gravesite for Rachel Phillips Levy. This was the mother of Jefferson Levy the third owner of Monticello whose family owned it for 89 years (longer than Thomas Jefferson himself). They preserved it without change until 1923 where the US Government rejected purchasing it as a landmark so it went to the Monticello Foundation.  Mrs Levy’s gravestone says “Born in New York, 13 May 1769, Died 7th of IYAR (May) 1839 at Monticello.” Notice how foggy it still is in the background of the valley below.