The beautiful Golubac fortress is mentioned in several legends. According to one, she was named after the Byzantine princess Jelena, who was detained in the tower of the fortress. Lonely and sad, Jeleni could not help even a beautiful view of the Danube. Only pigeons were given comfort, and hence the name Golubac city. Golubac was first mentioned in the history records in 1335, when the Danube represented the border between Hungary and Serbia. The battles were almost constantly under way around him and often changed owners. It is located at the entrance to the Djerdap Gorge, at the place where the Danube is the widest and irresistibly resembling the sea. 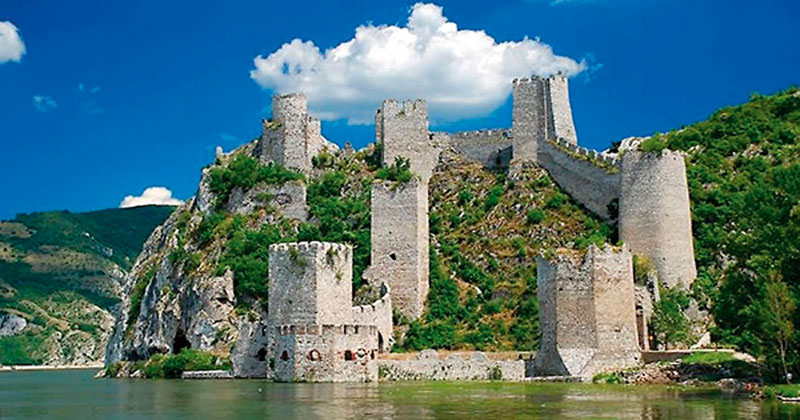 The Golubac fortress is located on the right bank of the Danube, at the entrance to the Djerdap Gorge. Nine massive towers up to 25 meters high are interconnected by walls and distributed so as to protect the city both from land and from water. The city reached the city by a bridge, over a watery trench. Golubac had a burning history: he was in the possession of Ugar, then the Turks until 1868. The shape of the tower indicates that the city was built during the battle with cold weapons. Today, it is not known how old an old fortress is and who started to wall. It is only possible to say that the first fort in the Golubac near the Danube was built by the Romans, in the 1st century AD. 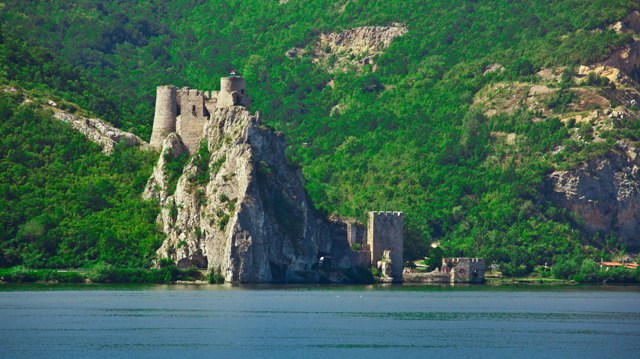