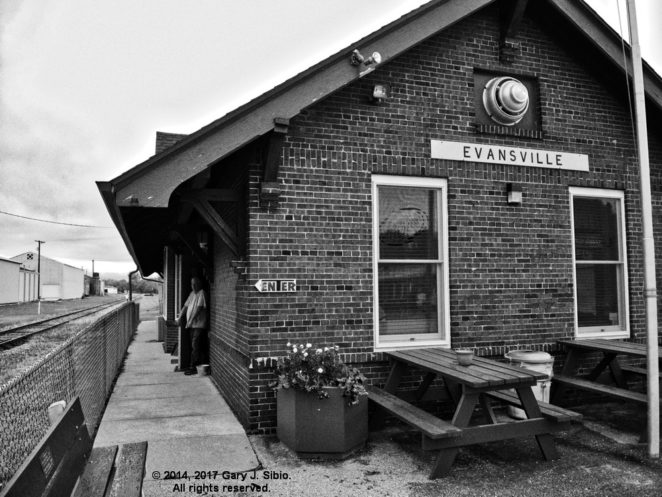 The photo was taken in Evansville, Wisconsin. Evansville is in Rock County and, according to the 2010 census, has a population of 5,012. The depot was built in 1912 for the Chicago & North Western to replace an old wooden structure used since the railroad started servicing the town in 1863. The line was abandoned in 1995 and is currently used as a VFW post.

I used a Nikon Coolpix P7700 camera to take the photo.Then I used Luminar 1.0 to apply the ’60s B&W’ preset. That left that area of sky in the upper left portion flat and boring so I used the Highlights/Shadows filter to lower both and bring out the clouds a little. Unfortunately I was working on a JPG file instead of RAW so there was only so much to bring out.