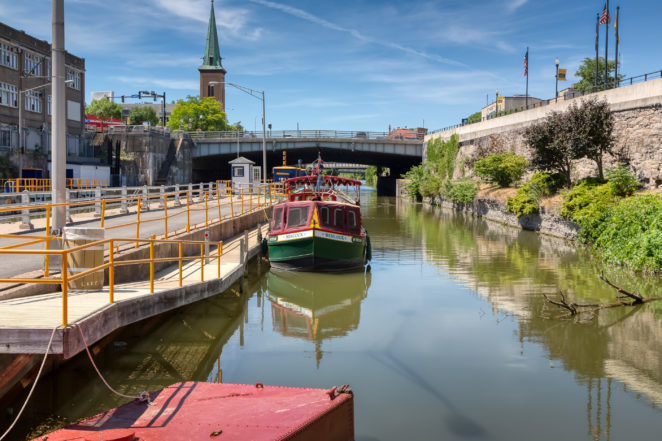 We are in the Lockport Locks in Lockport, New York on the Erie Canal way West near Buffalo and Niagara Falls.  Here a canal boat is waiting at the very top of the locks to go down them and re-enter the Erie Canal and head East. Notice the bridge behind the boat and over the canal. It has historically been there for a long time in various iterations. Beyond that is another bridge that has the distinction of being the widest bridge in the United States even though it only spans the Erie Canal. It is the widest in width because it crosses the canal at a great angle.