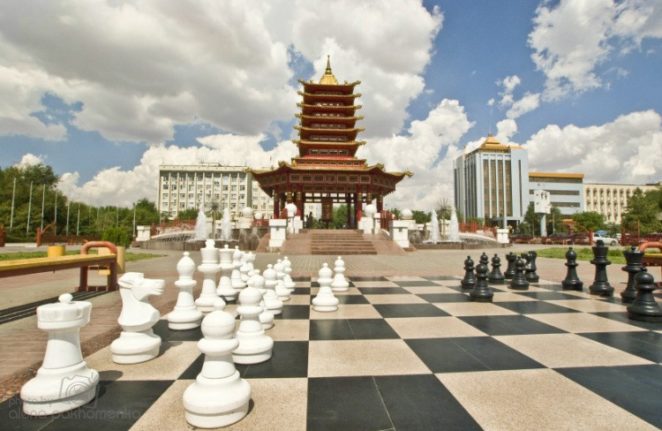 • The capital of the Republic of Kalmykia (the only part of continental Europe where Buddhism is the official religion). • In addition to here is the largest Buddhist temple on the soil of Europe, this city is known as the “Chess City”. It is assumed that the architects and designers of the city were in love with this game, considering that in every step can be seen chess boards and other things related to the sport thought. Near the town, there are even entire complex dedicated to the sport, and there are held big events