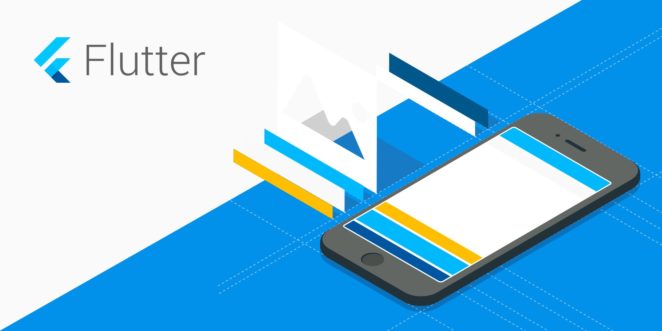 So far, you must have used and heard about numerous app development frameworks that claim to win in this cut-throat mobile world. But Flutter, in this case proposing a swift procedure for the businesses that wish to become the app market leaders.

Industry brings a lot of technological advancements on a regular basis which clearly means that app developers should also make changes in their technology deployment. Here, the Flutter framework introduced as an ace which is set to bring revolutionizing changes in the mobile app market.

As per industry standards, the best platform is the one which accommodates all the development needs that specifically include process agility, simplicity, device-agnostic performance, seamless user experience, and future product scalability. And, Google’s Flutter has the potential to accomplish the app development incorporating all the mentioned aspects.

Described reasons are a few aspects that make Flutter the best and most grooming app development framework. But, the list doesn’t end here, it includes many other factors that will help developers and businesses know why they should consider Flutter framework as their ideal app development tool in 2019.

No matter you’re an Android or iOS app developer, using Google’s Flutter will lead your app development towards a successful path.

The traditional cross-platform development approach requires a lot of effort as the developers have to create different versions of the same app. Developers used to face various limitations. Here, you can create apps based on flutter framework in a few steps with the help of the “write once and run anywhere” approach.

This not only eliminates the code rewriting problem but also provide relief to the developers from the annoying and lazy app development process.

Gradle function for app development has been in the trend and doing great for app   and iOS app developers. The only drawback is that it takes too much time to build agile apps which further hamper the speed and organic process of the product.

However, Flutter also requires Gradle build to reap all the sheer advantages in Android app development. But it somehow eliminates the build time to speed-up the development process.

Many flutter app development companies consider the Flutter framework the best one as it provides the same layout for managing both front-end and back-end development activities. Basically, Flutter uses a reactive framework that brings up the need for getting the widgets and prepare a common single language to structure front-end and back-end tasks.

Dart will get you the best of Multiple Languages

Even after the introduction of Java 8, Java is still in the mode of improvement. On the other hand, Dart has strategically made its prominence by involving one or more programming technologies.

Built with Dart, Flutter is absolutely the right cohesion of different Google technologies including Angular JS, React Native and Xamarin that give developers the best features to carry out seamless app development.

In its live event held in 2018, Flutter launched an incredible tool named 2Dimension Flare. Using this tool, Flutter started simlifying, accelerating and optimizing UI creation and animation for Android and iOS app development. Further, it allows loading all the animations at the speed of 60FPS which in itself is an extraordinary league of contemporary development.

To initialize coding with Flutter, it’s normal to switch from Android Studio to different other Integrated Development Environment structures. The benefit is that developers can enable faster and light-weight various features. With Flutter, you can think of integrating any IDE to keep up with the market trends.

I hope the above-mentioned reasons are enough to make your mind to embrace Flutter framework as your ideal app development tool. The tool is recommended as a reliable app development framework which not only eases developers’ life but also facilitates businesses with the best product experience.

To know more about the perks and advantages of using Flutter, get in touch with a top Flutter app development company. Experts at their end will render you the best information and make you confident to start creating apps based on Flutter.