After a two-year continuous work and experiences, a heavy bike has now been developed Which maintains its balance not only by a rider but also racing with full speeds. 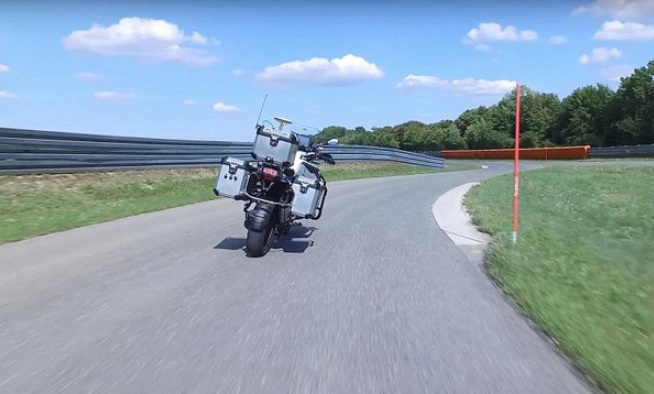 The firs design of this bike was made by  BMW company which is named ‘BMW Motor Radar 1200 GS’. The breaks are also automatic and in the dangerous situation, the bike is able to handle and maintain itself. In the video it can be seen that this bike runs itself on a racing track by starting its own engine by itself and after completing the circle, stop itself and park at designated place. There is no need of any human for this to drive.

The BMW company has said that it is not currently developed  for consumers rather, this bike is designed to introduce and test new safety measures in the bike. However, the company claims that the bike maintains its balance even in the emergency. Through the artificial intellegent, this bike turns on tight angles and motivates its sides through motion sensors.