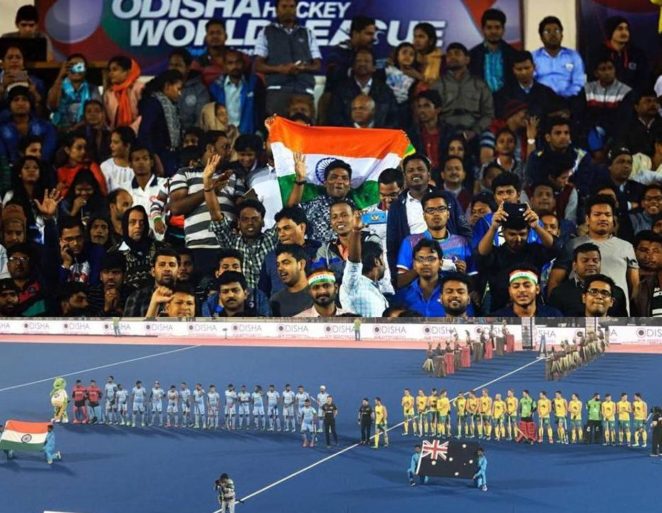 sports extravaganza in the state of Odisha as the World’s top 8 hockey nations will battle it out here in Odisha at Kalinga Stadium Odisha  for the year 2017.It is also believed that Being the Poorest State of Odisha to organize such costly competition is actually not possible but due to extra efforts put by the Current Chief Minister It could possible.This Chief Minister is in the Power of State Govt as many as Twenty Year constantly.

IT IS A WORLD CHAMPIONSHIP and the very 1st Battle in the field is between India and Australia.