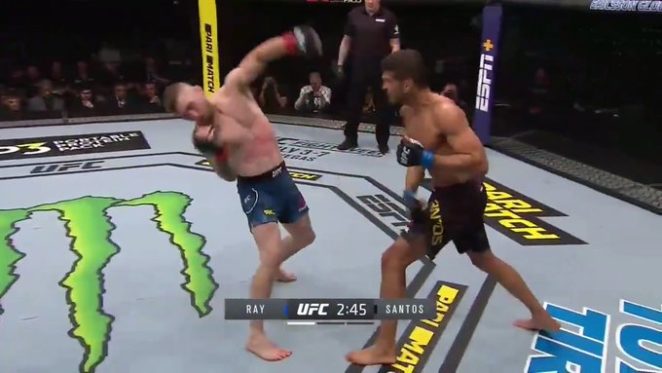 Put him out cold and left the building ? (via @espnmma)

Leandro Santos has not fought in over three years in the UFC, but he made up for lost time with this first round KO of Stevie Ray.  The southpaw Ray attempted a straight left to the body, but Santos countered quickly with a right cross that was on the button.  Then, Santos ran around the entire building in Stockholm, Sweden.  Let’s just say that Stevie Ray is not making music like Stevie Ray Vaughn.