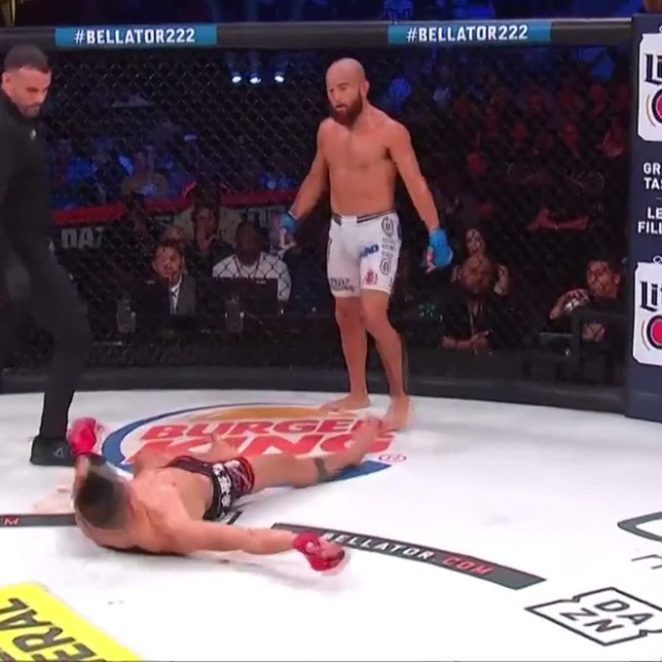 The trend in mixed martial arts (MMA) is becoming a champ in two different weight divisions.  As an example, Patricky “Pitbull” Freire is the current Bellator featherweight champion (145 lbs) and also the current Bellator lightweight champion (155 lbs).  In this fight, former Bellator bantamweight (135 lbs) champion Eduardo Dantas was seeking to also go after a second belt as he moved up in weight to fight  rising contender Juan Archuleta at featherweight.

That plan did not go well as Archuleta knocked Dantas into oblivion with an overhand right counter after Dantas threw a couple of kicks.  Dantas forgot to put his hands up, which meant that his head was bouncing off of the canvas seconds later.

Archuleta has won all of his fights in Bellator and should be given a title fight soon.  For Dantas, he should move back down to bantamweight after feeling that power at a higher weight class.