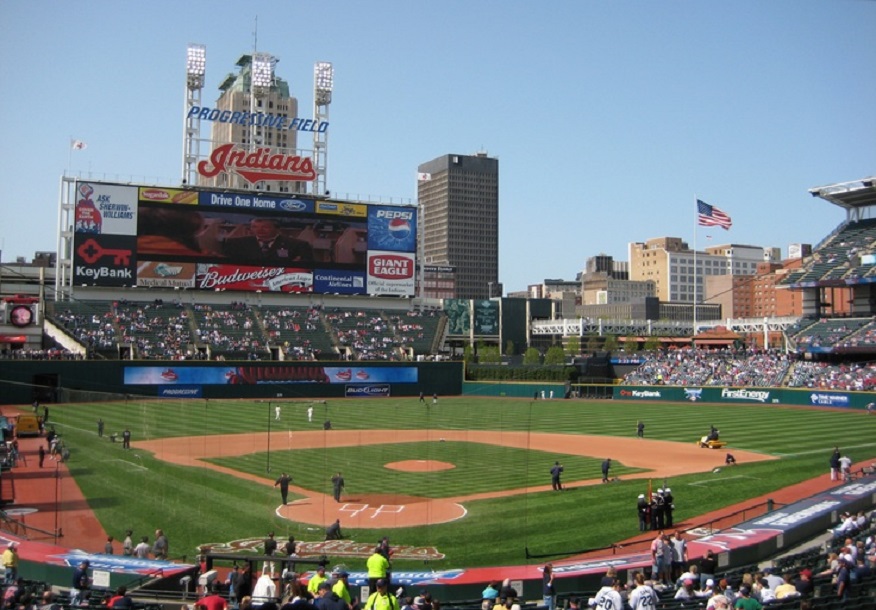 I am sure many of us remember the game show called “Deal Or No Deal” that was hosted by Howie Mandel where a contestant would challenge the banker in a game to win money as prizes.

In Cleveland Ohio last week during the break between innings of a baseball game between the Milwaukee Brewers versus the Cleveland Indians, Sasha Lieb, 9, who was attending the game with his mom and his younger sibling Jonah, 6, experienced an event that is worth their wait.

Sasha was invited to play the game of “Deal Or No Deal”. When Sasha had the option of opening of three suitcases, the host of the game (not Howie Mandel) asked Sasha to look at the Jumbotron which is located in the upper section of Progressive Field where an video tape of his father Tim Lieb appeared to tell his son that he was sorry he was not at the venue in person. (Wink Wink).

Tim who is a chief petty officer with the United States Coast Guard was stationed in Guantanamo Cubs for a period of one year.

Then after Tim advised his son which briefcase could have the grand prize of $500 dollars, Sasha picked one of the briefcases that his father advised him to pick, when Sasha opened the briefcase, it had a note that read “I’m home.”

The look on the face of Sasha is priceless when Tim walked on to the set of the game show at Progressive Field wearing his U S Coast Guard uniform. Sasha and his younger brother Jonah greeted their father and gave him a huge hug while crying tears of joy since Tim had finished his one year of work in Cuba.

If there is one thing all major league sports need to do to get fans to sports events is to have these kinds of family reunions since thanks to the brave men and women who serves in the armed forces who make sacrifices to let is enjoy our freedoms which are not free.