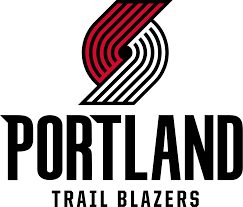 The Portland Trail Blazers were not able to sneak up on teams last season as they finished 41-41. Staying mediocre in the West will not cut it as the conference will be even stronger this upcoming season due to a slew of off season trades and free agent pickups. Portland will look to build in the NBA Draft for the first time in three years. Here is a look at their picks.

Portland definitely needed some front court depth, and the Blazers drafted some help in Collins and in Swanigan.  Collins has plenty of upside even though he did not start a game all season.  His energy, his scoring ability, and his defensive play was one of the key factors why Gonzaga made it to its first-ever Final Four.  He has the necessary moves on the block and enough perimeter shooting in order to become Portland’s backup center.  However, he must learn to cut down on committing so many personal fouls.  Although he did not start a game last season, he fouled out of seven games.

Swanigan was a double-double machine at Purdue.  He ended up winning last season’s Big Ten Player of the Year award because of his skill on the offensive end.  He uses his frame to move opponents on the block, but was savvy enough to shoot from the perimeter whenever he would be double and triple-teamed on a consistent basis.  He dropped towards the end of the First Round due to his lack of height, but he will also be a strong player due to his ability to improve from season to season.  For example, he did not have a consistent jump shot until last season.  His work ethic ensures that he will receive some playing time as well.

Grade:  A-.  Portland went out and grabbed some front court depth in the rugged West.

All stats are from NBA.com and Sports-Reference.com.