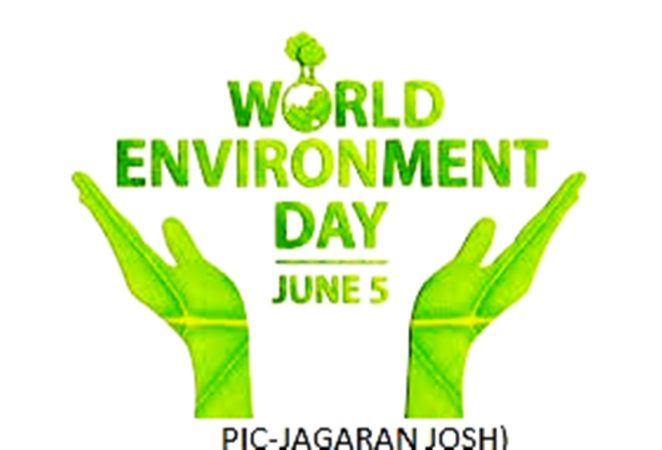 Today, at one hand we are sharing happiness by congratulating the Eid but on the other hand, the world is facing a crisis of environment, climate change is a big threat, but the dilemma is that neither the government is taking it seriously nor we are acting on it, ‘Being a Human’, even the world’s so called Big Brother Nation’s act towards it is also considered as mere a ‘hoax’. 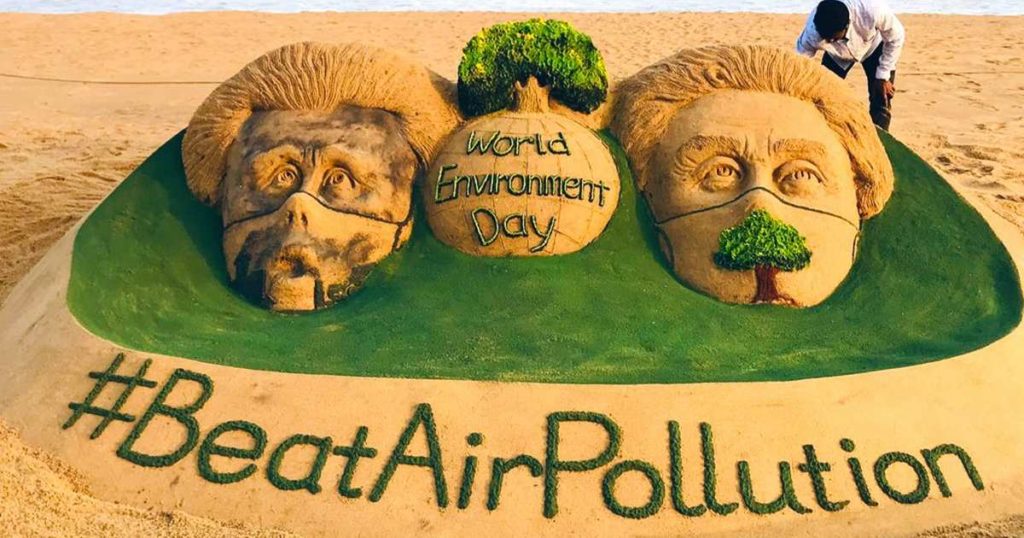 Let it…Well, you just enjoy the Cricket World Cup if I really intend to disturb you.

Fasting for ‘Eid’ has been ended but the World Environment demands you to keep fasting further in your entire life span for the sake of a safe and secured global environment.In fact,’ Fasting’ is kept by a particular community in which neither you can eat anything nor drink anything, and it is for a particular period of time. A great Historian, Rana Safavai writes in one of her article that ‘Fasting’ is not mere related to your ‘stomach’ but it’s also linked with your ‘tongue’ so that you should not speak bad to any one along with it also restricts you not to be involved in any ‘wrong doing’.

The month of ‘Ramjaan’ is the month in which we absolutely  get to learn to maintain restraint, learn discipline, do charity and to turn as if a saviour for other against whom any kind of atrocity is done. Apart from all of those, this ritual also teaches us to be free from various forms of temptations.

Now, this ‘Fasting’  for ‘Eid’ has been ended but the Global environment demands every Human across the globe to have a fast for it. 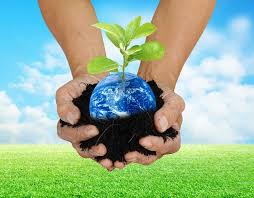 That means that we have to practically be disciplined towards environmental protection, trees and forest must be protected from drying, dying and ruining  but in order to preserve the entire earth, we have to carefully use water, electricity,  and  we also have to say bye-bye to Plastic, needless to say, for the inertia of the rivers, it will have to be protected from demonic factories and mountainous garbage ,we have to stop illegal mining, such a thousand commas can be used for writing all of such needs.

How will it all be?

Nowadays many of us have thought nothing can be done in regard to it but we should understand that our this kind of mindset reflects that we have lost already half of the battle against climate change. you will have to make a change in the definition of revolution that if a revolution happens only by doing one’s work then it can become a milestone. Each our dedicated small step can make us able to go a long way in this fight against climate change and global warming.It is reported in different reports that  as many as 12 lakh deaths occur in each year are due to the cause of increasing pollution, Consequently the span of our lives is also declining, and the biggest enemy of  children in world today is absolutely non other then , pollution.

New videos those were released by the U.N. Environment are very emotional,  an elderly person is seen telling his two generations forward about clean air and water in his child hood when there was not even a micro black spot.These videos of the UN environment are warning us and we must take lessons from it else how can we tell our next generation that we are living our livelihood under the claws of polluted air and water putting an oxygen mask?

In the future course of time U.N. may be uploaded videos threatening people across the globe to fight for a pollution free world.

We can not compromise in this issue of environment because when it comes to compromise with the environment, then the flood and cyclone like FANI may come again and again which has recently devastated many coastal belts of India and Bngladesh. 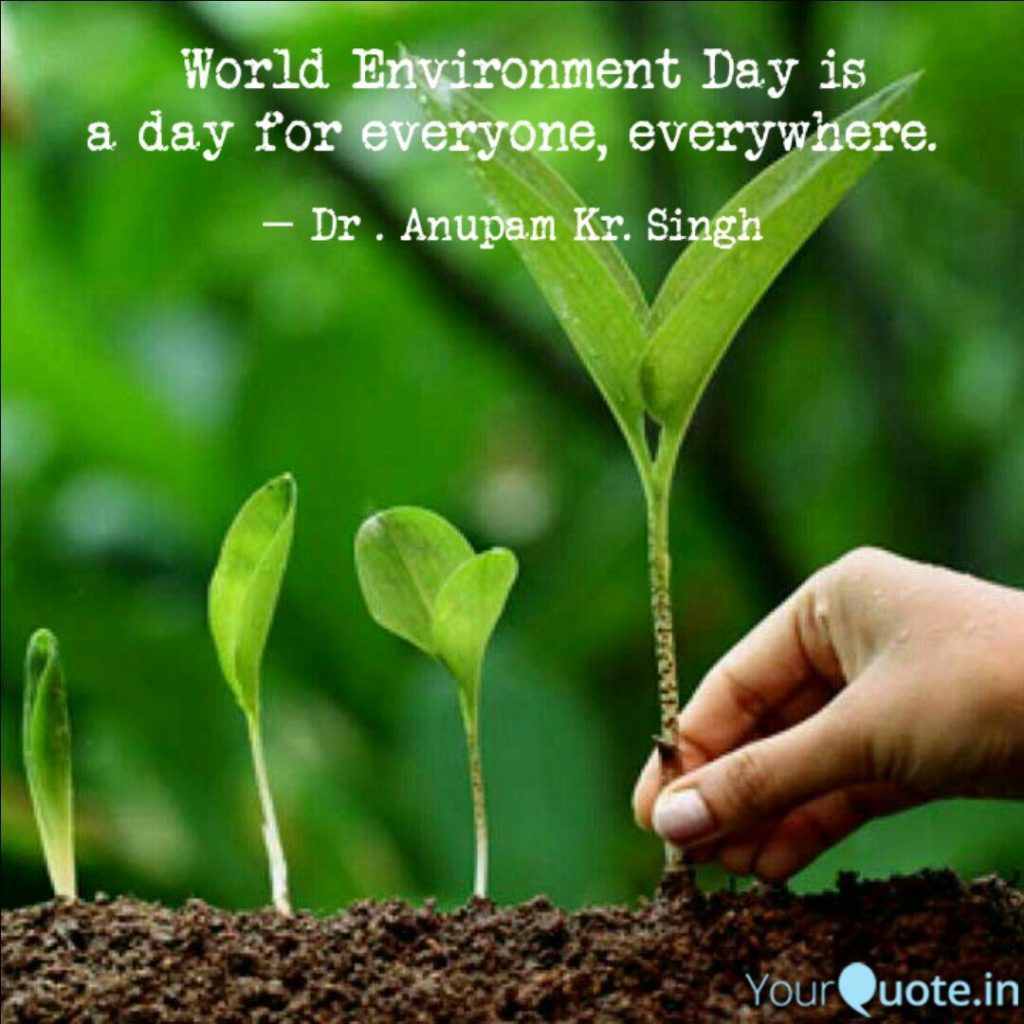 Now the matter comes in regard to our Government that runs due to people’s money but the government’s immense lax attitude towards the matter of pollution is surely a matter of big worry.
For the present government(Government of India), the biggest issue of  pollution is a small Pakistan as during the recent past’s general Election for the 17th Loksabha, the present govt.’s prime agenda was mere Pakistan and pollution was not at all an issue during the entire election process. God knows, when our government will  serious on this issue of environment. 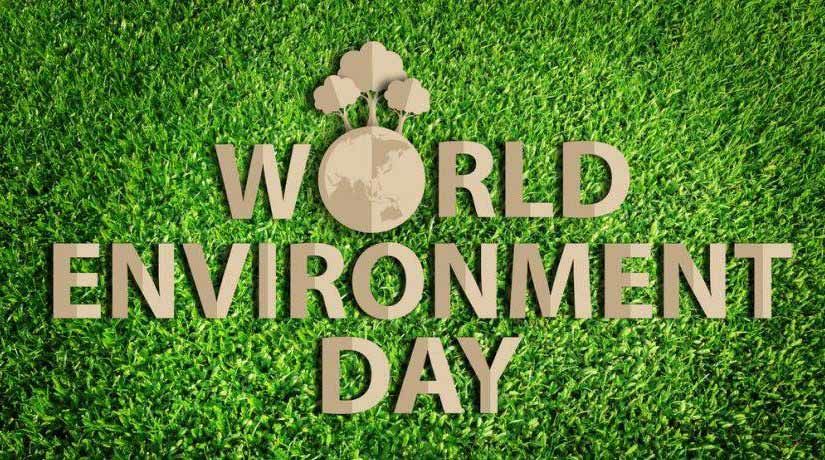 For the moment, you also keep the ‘fasting’ up for the sake of environment in which you can not cut trees, but you have to give life to new trees by planting where ever you think to plant and also try keep the rivers clean and have a love for the pollution free environment.