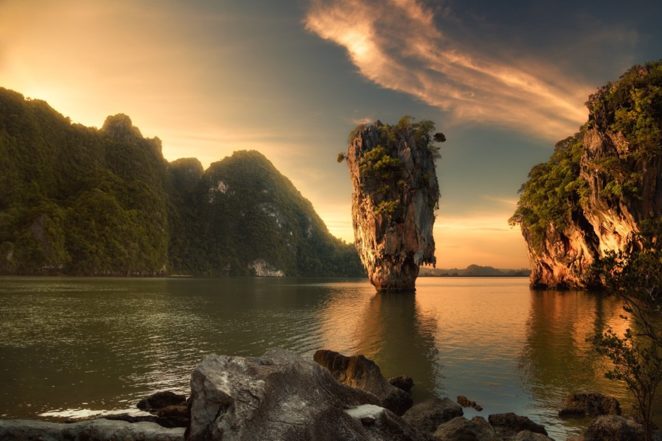 Ko Tapu (THA. เกาะ ตะปู; translates nail), also known as Tapu is one of the hundreds of islands in the Gulf of Thailand Phangnga. It has become a popular tourist attraction after recording the ninth James Bond film, The Man with the Golden Gun, 1974, after which he was declared the unofficial James Bond island.