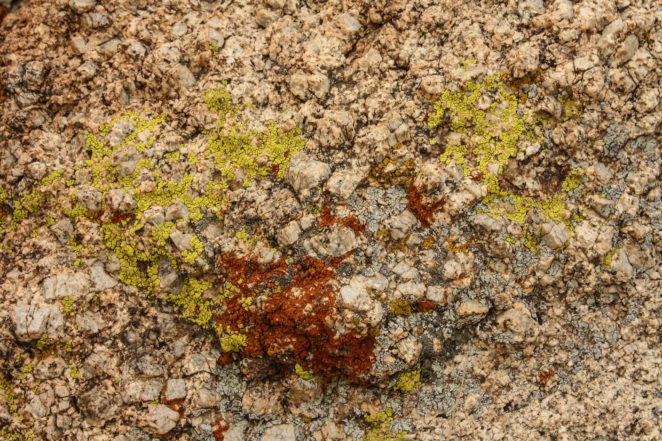 The first plants to appear on Planet Earth would have been single-celled true algae that developed about 1500 million years ago (mya).

However, life on Earth goes back a lot further than that, with bacteria and blue-green algae (cyanobacteria) emerging about 3500 mya. Blue-green algae must be reckoned as the ancestors of plants because they were able to photosynthesise and produce oxygen which in turn enabled more complex lifeforms to develop. 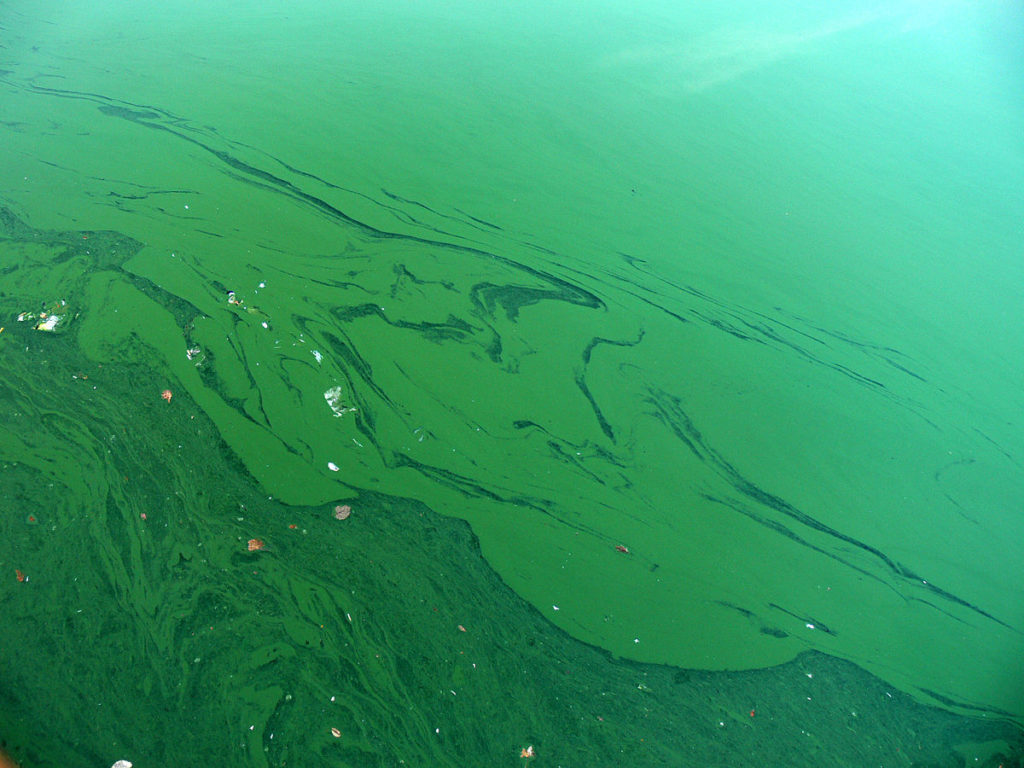 (A mat of cyanobacteria. Photo by “Lamiot”)

The first multi-celled plants appeared about 550 mya. These would have included simple seaweeds.

Lichens, which combine algae and fungi, were among the first land plants. They grew on rocks which they eroded to create soil in which later plants would develop.

Bryophytes appeared about 400 mya. These are mosses and liverworts which are seedless and stemless plants that cannot grow to any height but form mats of vegetation. Liverworts grow by using nitrogen that is trapped from the air by the blue-green algae on which liverworts form.

(Mosses and liverworts. Photo by A Schanlou)

Gymnosperms, which are seed-producing non-flowering plants such as conifers and cycads, appeared around 300 mya with angiosperms (flowering plants) developing over millions of years to produce the first true flowering plants around 160 mya.