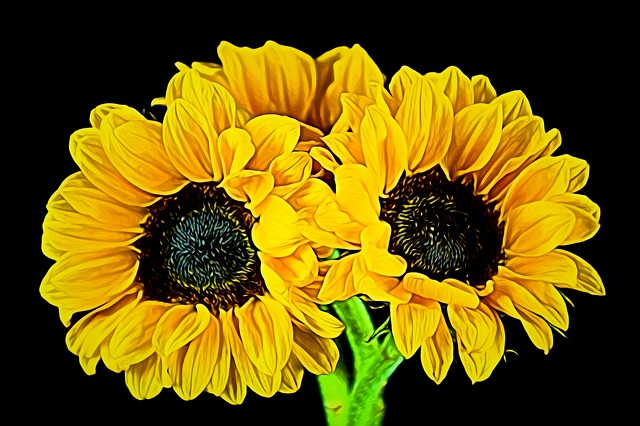 I know that the sunflower has a special place in both mythology and history so I was curious to see what the search results would display when searching for those 2 words“sunflower, history” together.  The results were surprising and revealing.  I wasn’t expecting to see David Duchovny.  My son was a fan of the TV series “X-Files”.  I only watched it every now and then, so I didn’t understand the reference to sunflower seeds at all. If you want to understand it, there’s an interesting article in the Entertainment Weekly Magazine:  ‘TheX-Files’ – 1993-2002.  Frankly, even after reading the article, I still didn’t get it.  (O.o)  LOL.  There were lots of results to choose from.  The tweets below are the ones I kind of understand or at least, understood the references.  Any Grateful Dead fans out there?  What do you know about the Sunflower Movement?  I know that Florida is the Sunshine State.  But I never knew Kansas was the Sunflower State.  That fact was never mentioned in “The Wizard of Oz”.  But I know now!

The yellow sky in the harbor painting was cadmium yellow–the same color as that used in the Sunflower still-life. Cadmium yellow was a more recently invented hue and Van Gogh would have been deprived of its brilliance and intensity had he lived at any other time in history. pic.twitter.com/tPO56iP1fW

NEW PODCAST “Origin of the sunflower family” with @JenniferMandel of the @uofmemphis. Stream now to hear about the evolutionary history of the #sunflower family: https://t.co/qNRf5Fz8xu #ScienceSessions pic.twitter.com/Kw0IGXTmF0

Today is the fifth anniversary of the start of Taiwan's Sunflower Movement. Taiwanese politics and Cross-Strait relations today cannot be understood without knowing this critical part of Taiwan's contemporary history. For all "greater China" scholars, I strongly recommend: pic.twitter.com/KCNXa1LRJj

Rune was born in 1932 and got his start working with Nakahara Jun'ichi, another one of the major figures in shojo history. Together, they helped to start Himawari (Sunflower, 1947-1952) one of the first postwar magazines for young girls. pic.twitter.com/35q46ffeS8

Today, for Disability History Month, EDIW officially launches the University ?SUNFLOWER BADGES? for all Staff, Students, Visitors and Partners who have non-visible disabilities. Join us in the atrium at 1pm. @SarahBarleyMc @joannebishton @DerbyUni @DerbyUnion @DerbyUniVC pic.twitter.com/AOwb5gO7Y5